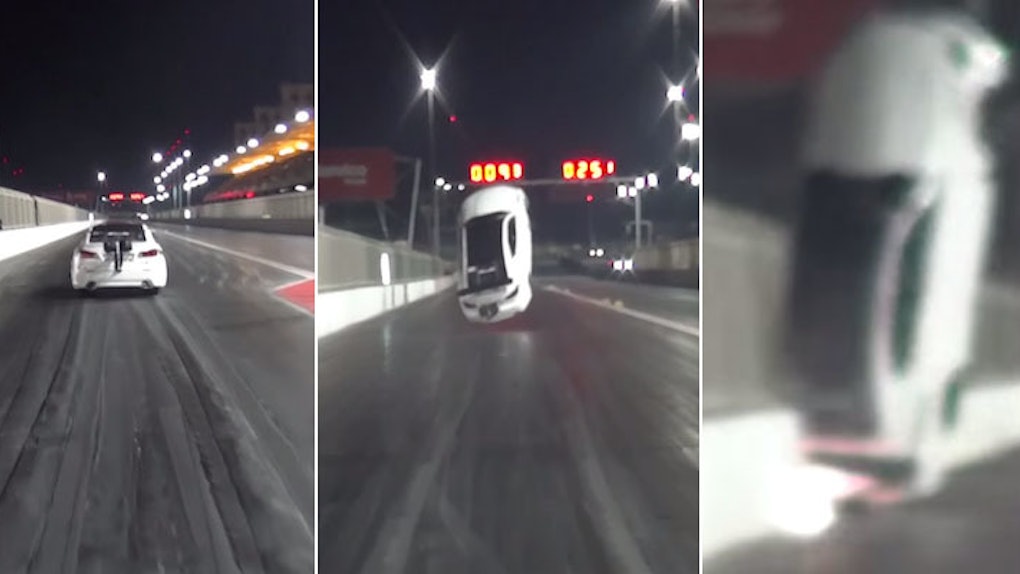 Every now and then, we come across something way too bizarre not to share.

The most recent example begins with a white Lexus ISF Twin-Turbo and a race track. In a recent video uploaded to YouTube by EKanooRacingTV, we're given a front-row seat to one of the craziest drag-racing accidents we've ever seen.

The Lexus, which is competing against another car, abruptly takes off when the light turns green. About 13 seconds into the footage, you can see the front of the ISF rise up into the air almost as if it's successfully hitting a wheelie down the strip.

Unfortunately, the massive spoiler on the trunk allowed this car to fly right over a wall and off the track.

According to the video's description, the driver miraculously walked away unscathed after this gut-wrenching mishap at the Bahrain International Circuit in Sakhir.