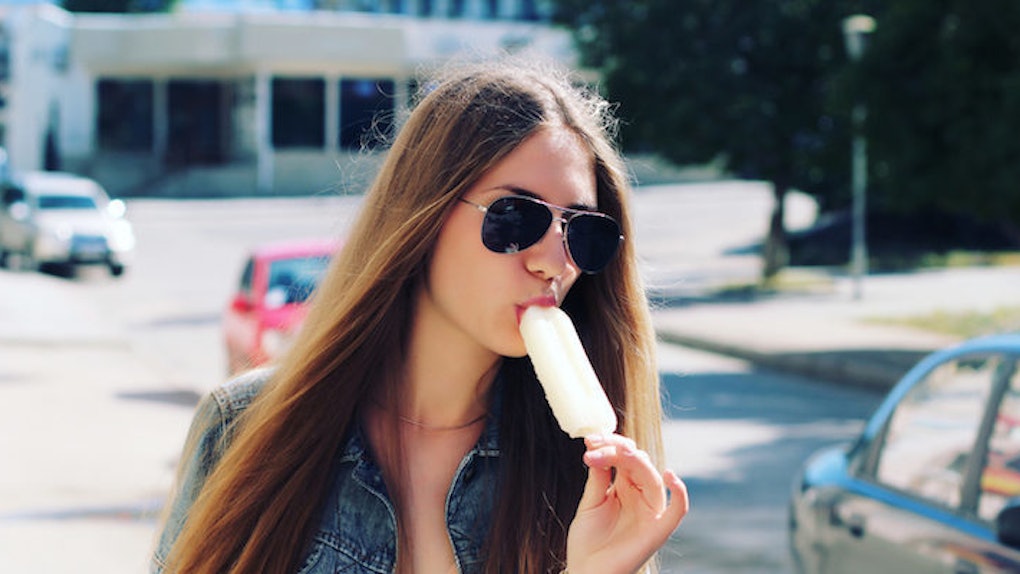 If you've ever raised a dog, you probably rewarded them with treats as part of their training, right? Well, your parents likely did the same thing to get your ass in line.

From lollipops at the doctor's office, to a scoop of ice cream if you got an A on that math test, you were probably bombarded with food rewards as a kid -- if you were good, of course.

According to a new study, training you like a new puppy might be the reason you stress eat as an adult.

The study monitored kids from the ages of 3 to 7 and found that when their parents use food to reward or punish their children, the kids tend to stress-eat more often than kids who aren't disciplined the same way.

Eating patterns can usually be tracked across life, so those who learn to use food as a tool to deal with emotional distress early are much more likely to follow a similar pattern of eating later on in adult life. Often when people 'emotionally eat,' they are using high calorie, high fat, energy dense foods which are not conducive to health.

So, either reward your kids with carrot sticks or don't bring food into the mix at all.

And for us adults who are already damaged goods, we can all exercise healthier eating patterns by not assigning emotional descriptors to words like "good," "bad" and "clean."

Citations: Blame Your Parents While You Stress-Eat (Elle)