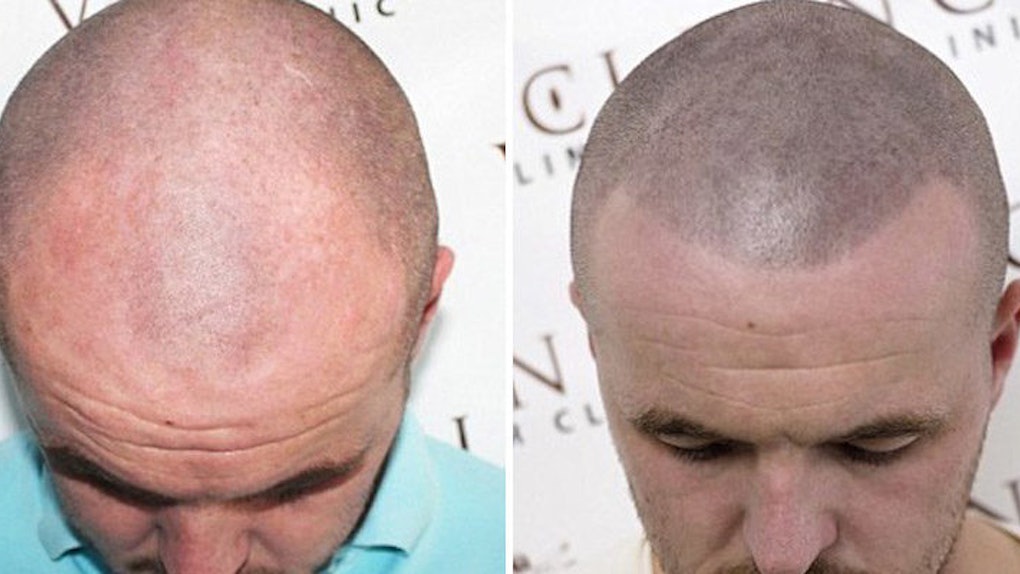 Unfortunately, some of us are more prone to going bald than others.

This is something some of us figure out a little later in our lives. Others, however, notice their balding taking place a little earlier. Fortunately, if you're one of these people, there could be a fix.

According to Daily Mail, men are using a new "hair tattoo" method to make it look like they're sporting shaved heads.

It's called Micro Scalp Pigmentation, and it will make you look a lot like David Beckham in 2007.

The procedure consists of doctors tattooing small amounts of ink on hair follicles, giving the illusion of a hairline and "shaved stubble."

The Micro Scalp Pigmentation method starts at around $3,000.

Not only is it cheap (compared to surgical hair implants), it's also good if you have a scar or welt on your head you want to cover up.

You're technically not going "under the knife" since it's more of a tattoo-like process.

Keep in mind if you plan on considering this procedure, it doesn't stop your actual hair from growing. You'll have to shave the patches down to reveal your tattooed buzzcut.

Check out the images below for a closer look.

Citations: Balding men are turning to a new procedure to create the illusion of a shaved head (Daily Mail)