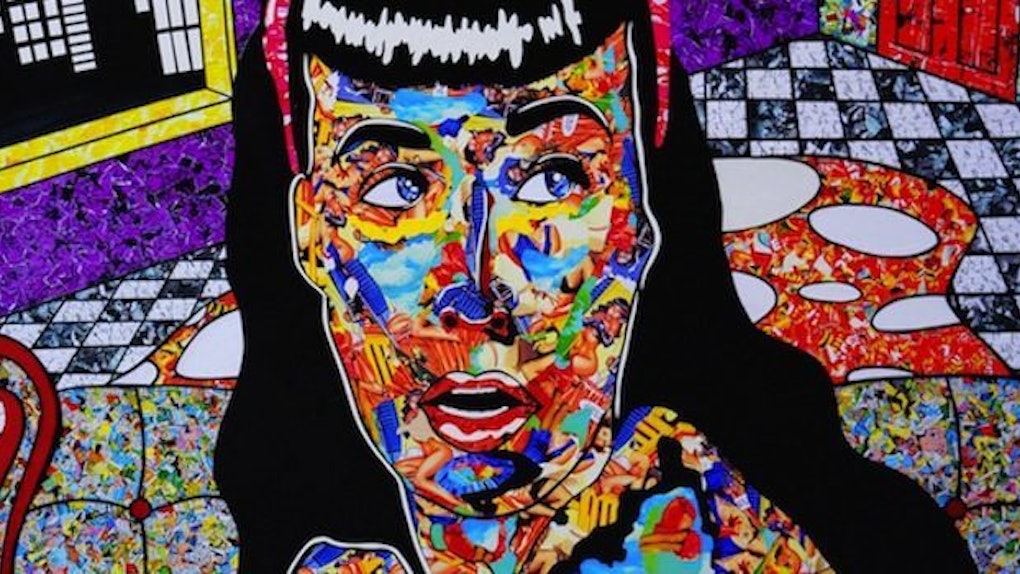 When it comes to art, the possibilities are endless.

It's the only way people can truly express themselves without limits.

For Toronto-based contemporary artist Daniel Mazzone, art was a boundless outlet to express himself during hard times.

Aside from how vibrant and appealing his art is, one of the best parts about Mazzone's craft is how it came about. His story begins with overcoming homelessness right before he was stable enough to obtain a college degree to become a legitimate mortgage broker.

Daniel has always had a passion for art, but during the years he dedicated to education and higher learning, he put his one true passion on hold.

It wasn't until he watched "Exit Through the Gift Shop," a documentary about the art community, that he decided to pick up art again -- this time, as a mere hobby.

After working on a few pieces during his downtime, one of Mazzone's friends who owned a restaurant asked if he could have one of his pieces to hang up at one of his locations. There was one condition: Mazzone's friend could never sell the piece.

About a week later, the restauranteur called Mazzone up to tell him the piece had been sold and asked him to go pick up the money from the sale. This happened a few times before Daniel realized he could take on his passion full time.

The artist now sells his work for upward of $15,000. He sold out the last three art shows he's held, and he has been deemed "the next Andy Warhol" by billionaire and hedge fund titan Michael Wekerle.

That was said by Wekerle after buying nine pieces from Mazzone.

Does Mazzone have what it takes? You be the judge! Check out some of his awesome work below.

If you happen to be in the New York City area, Daniel Mazzone will be holding an art show at The Carriage House Center on Thursday, May 14 from 7 pm to 11 pm.