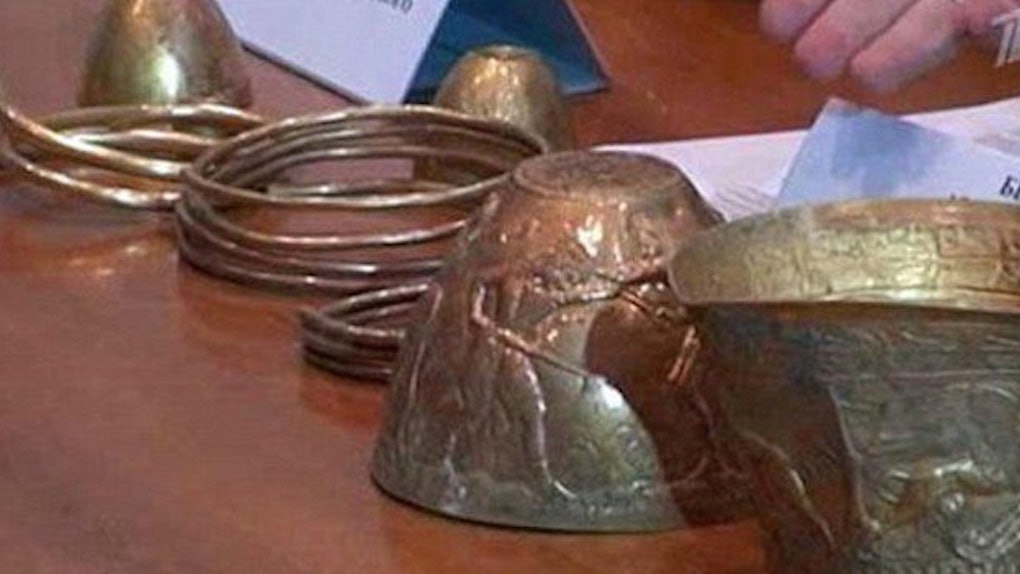 Have you ever wondered what ancient tribal chiefs used to get high during ceremonies?

It's not like they had G Pens or vaporizers!

According to Daily Mail, a group of skilled archaeologists discovered two "bongs" used by tribal chiefs about 2,400 years ago.

The "bongs," along with about seven pounds of other gold items, were discovered in Russia when holes were being dug up to install power lines. Criminologists were hired to decipher the black substance found inside these items.

It turns out the residue is a product of cannabis and opium. These are two substances believed to be smoked by Scythian tribes, a warrior race known for ruling large areas of both Asia and Europe from the 9th century BC to the 4th century AD.

Daily Mail elaborates, explaining these substances would be consumed to alter the warriors' mindsets before battle.

Check out the photos below for a closer look at a 2,400-year-old gold bong!

This is a solid gold "bong" found in Russia. Archaeologists believe Scythian tribes used it to smoke cannabis and opium.

If you thought your ROOR Bong was cool, think again!