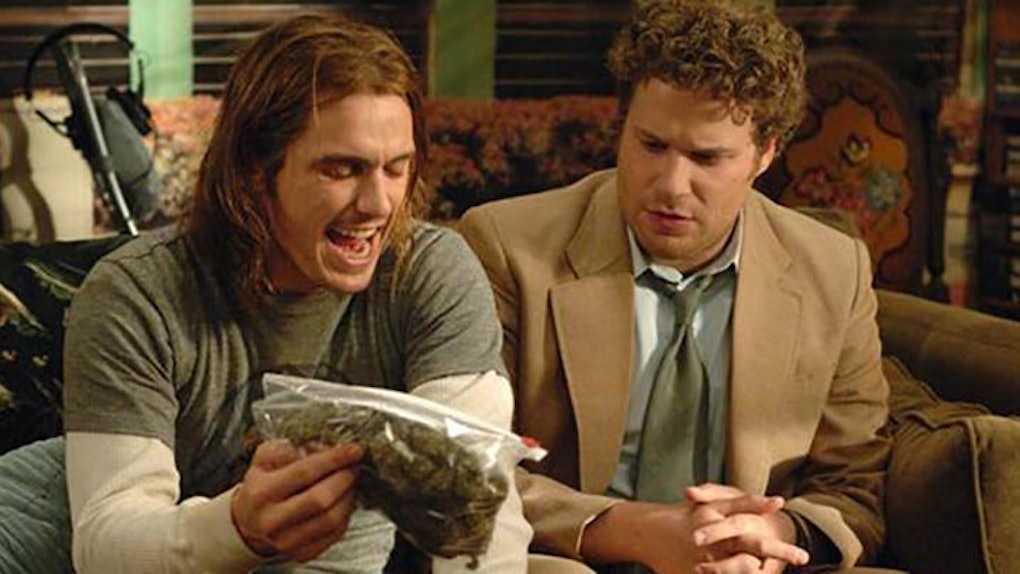 Marijuana Myths: 9 Facts Every Stoner Should Know About Getting High

When it comes to myths about marijuana, there are plenty.

By now, we've debunked the most obvious ones. No, weed can't kill you, it's not addictive, and there are no harmful side effects (unless you count not being able to remember sh*t).

Considering cannabis is illegal throughout most of the world, it's safe to say most people are still uninformed. Misconceptions about weed are harmful to cannabis culture. Not to mention, they just make stoners more paranoid.

No one should feel guilty about smoking weed. Smoking pot does not destroy a person's body or mind.

So light something up, read the facts below and gain the peace of mind you need to roll another one.

Marijuana is not a gateway drug.

A “gateway drug” is a “less serious” substance, like alcohol or tobacco, the use of which leads to more serious drug use. Though marijuana is often considered a gateway drug, there is no proof to support this.

In fact, according to a study by the National Institute on Drug Abuse, "most people who use marijuana do not go on to use other, 'harder' substances."

It's not linked to cancer or lung disease.

Though any smoking is bad for your lungs, marijuana is nowhere near as harmful as cigarettes.

For example, there is no definitive proof that Mary Jane can cause cancer (in fact, it may actually cure it). Still, if you're smoking 30 joints a day, you may want to chill, as carcinogens can cause lung disease.

If you're still skeptical, go for edibles.

It does not kill brain cells or cause brain damage.

One of the most common reasons people avoid marijuana is because they believe it kills brain cells.

However, according to WebMD, marijuana use does not damage the human brain or kill brain cells. If you think smoking weed makes you slower, you were probably pretty slow to begin with.

Holding it in longer does not get you higher.

Your lungs absorb phytocannabinoids from marijuana instantaneously, so trying to hold it in to make the effects feel stronger is literally pointless.

You may feel 'higher' when you hold it in, but that's due to the lack of oxygen going to your brain. Marijuana doesn't kill brain cells, but holding your breath does.

Weed does not stay in your system for 30 days.

It really depends how much you're smoking and your body type.

THC is stored in fat, so if you're skinny and smoke very little, it would only take a week or so for it to leave your system. But if you're heavier set and smoke every day, that sh*t is going to stay in your body anywhere from one month to the rest of the year.

Another myth that's been around for years, without much explanation, is that men who smoke regularly will have a lower sperm count and struggle to have children.

While this is somewhat true, the effects only persist as long as the man continues to use cannabis; everything goes back to normal when he stops. There is no proof of any long-term effects or risk of becoming sterile.

You would just have to stop smoking weed for some time if you really want that kid.

It's actually not making you more creative.

For people who use marijuana because it makes them more creative, it's actually not the marijuana. It's just you, homie.

According to a recent study out of Leiden University, "the improved creativity that [marijuana smokers] believe they experience is an illusion." It is the subconscious perspective, however, which makes you think differently.

It does not affect your long-term memory.

When it comes to those childhood memories, you'll be haunted forever, as your long-term memory is going to stay intact no matter how much you smoke.

Your day-to-day memory, however, like remembering where you left your keys, if you turned off the oven or what show you were watching when that one commercial came on, is pretty much f*cked.

It doesn't make you lazy and unsuccessful.

This all depends on the type of person you are. There have been many successful smokers who have proved the stereotype wrong (like the guy above). It's up to you to decide what type of stoner you are.

That said, if it's definitely not helping you, you should probably stop. These people didn't need to.