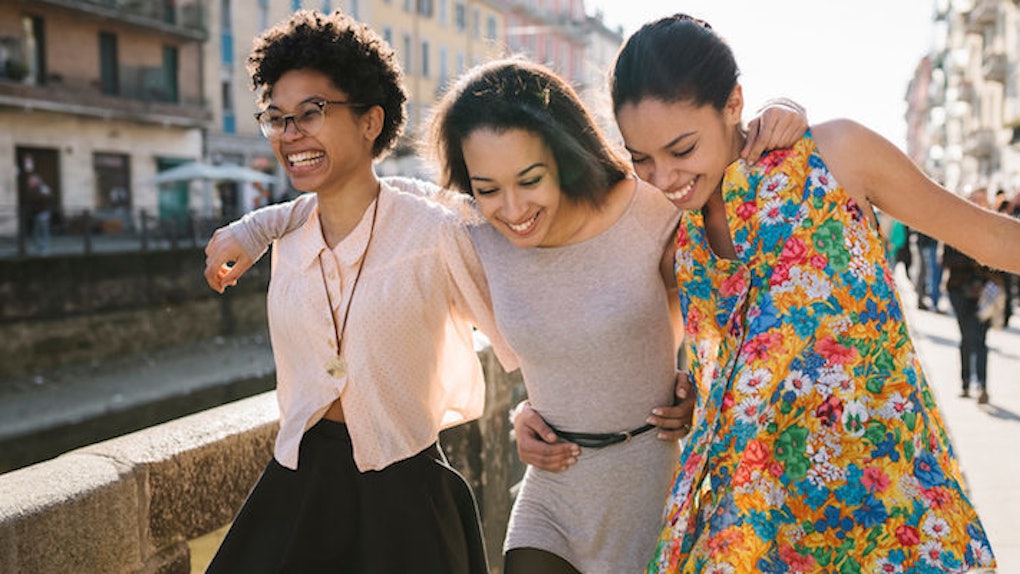 7 Tips For Making Friends As An Adult, AKA Prevent Yourself From Dying Alone

As we get older and transition through major life events -- from graduating college to getting married to adopting a dog -- it gets increasingly harder to foster old relationships and make new ones.

In an interview with the Wall Street Journal, Irene S. Levine, a clinical professor of psychiatry at New York University School of Medicine, echoed this point, saying,

We are constantly shedding our friends. We grow in one direction, our friends grow in another, and there isn't much in common anymore.

As we get older and gain new responsibilities, it additionally becomes harder to find the time to maintain friendships. Still, multiple studies have shown that people with strong friendships live longer and lead happier lives. While this is hardly surprising, it does serve as a good reminder to reprioritize our relationships.

So, what can an aging millennial do to make and keep friends? We've got you covered with a few useful tips.

The first step to making new friends is to stop beating yourself up for not having a crew in the first place. Contrary to most Facebook activity, everyone's in the same boat. Dr. Levine says,

As an adult, we think that everyone has their friends and we are the only ones seeking them. Nothing could be further from the truth.

Allow yourself to be vulnerable.

Although it's tough to open yourself up emotionally (especially for men), it's tougher to make real friends when you've got your emotions on lockdown. Be the first one to make that scary step to share your feelings and get your new relationship on the fast track to BFF Central.

Look for friends like you'd look for someone to date.

You wouldn't want to date someone with whom you've got nothing in common, would you? So why be friends with someone who doesn't share a few similar interests as you? If you don't have anything to talk about from the get-go, kindly take a pass and keep looking for "the one."

Rack up those casual acquaintances.

You never know who's going to be your new close friend, so why not turn your job's networking event into a friend-finding mission? Small talk can be a drag, but it's the gateway to making those first introductions. Embrace it.

Facebook may be a digital Penn Station of frenemies annoying the sh*t out of you, but it's also a great resource for finding new friends who don't. A friend of mine recently joined an LA-based camping group on Facebook and walked away from one weekend trip with two new badass friends.

If you see something, say something.

That is, if you feel like there's chemistry between you and a relative stranger, don't be afraid to say something. Otherwise, you'll never know if that other person was feeling the friendship vibes as well but didn't say anything out of fear of rejection.

Make plans and keep them.

Making new friends doesn't happen overnight. Building relationships takes time and that means making plans often and following through. Whether it's going out for dinner or catching up over the phone, those moments are what spark friendships and keep lasting ones alive.

Looking on Tinder for friends never hurts, either. Check out the video below to get some tips.