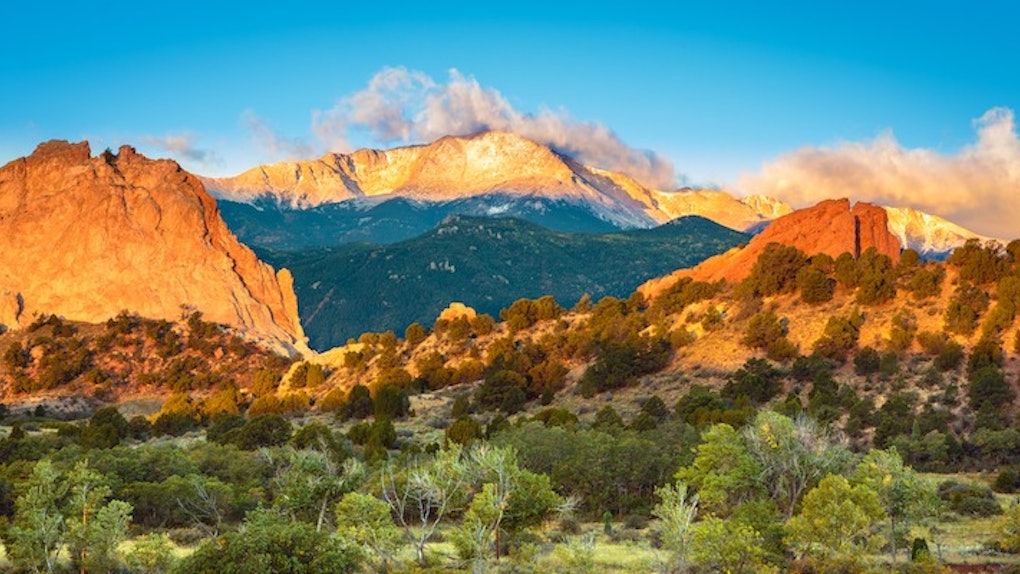 It is that easy, and it's pretty cool to peruse through the different strains, listening to your bud-tender describe the difference between Blue Dream and Hindu Kush. Once you've made your selection, whatever it may be, you're looking to do one thing: get high.

Even though the Centennial State has made the purchase and possession of marijuana legal, you can't just walk down the street and roast a joint.

That kind of behavior will still find you on the wrong side of the law and on the business end of a disgruntled officer who probably didn't vote in favor of Proposition 64.

Here are some helpful tips to keep your head straight while you blaze safely in Colorado!

Colorado law prohibits the consumption of marijuana in public. Period.

You have to keep it confined to your own personal property or dwelling. Don't think for a second you can walk out of the dispensary and light up.

Not only will you piss off the folks at the dispensary, but you'll also probably end up having a difficult conversation down at the station with Johnny Law.

Sure, you can go to a music festival in a large crowd and light up with the rest of the party, but you're doing this at your own risk.

Just be smart and keep it behind closed doors.

Smoking in your hotel

You can't get stoned in the streets; you aren't crashing on your buddy's couch, and you've opted for a hotel (good job adult-ing, you).

Before you light up in your hotel, though, here's something to consider: Many hotels are now totally non-smoking. While the general manager at said hotel probably won't call the cops on you, he sure as hell will charge you a cleaning fee for burning in a non-smoking room.

These cleaning fees can be pretty steep, like around the cost of an East Coast ounce.

Don't throw away good weed money when you don't have to. At check-in, inquire about smoking rooms and be honest. The worst thing the hotel staff can do when you inquire, "Can I get high in my room?" is politely ask you not to.

Chances are, they'll even suggest a place you could go to get right.

Also, consider booking a room with a small balcony and use discretion. Don't take a bunch of bong rips in the room and hope the smell will clear out because if you can't smell it, they can't smell it right?

If you are that person, go ahead and make sure your credit card is prepared to accept an unexpected cleaning charge.

Smoking in your car

This should be obvious, but I know not everyone is going to grasp it.

It is illegal to smoke weed in your automobile while driving in Colorado; in fact, it's illegal anywhere in the United States. Just like drinking and driving is illegal, so is getting stoned while behind the wheel.

Be responsible; be safe, and be a good person. Don't get f*cked up and hop in the driver's seat.

If you're into riding around and hot boxing, there are a number of companies throughout the state that can help you. Some offer bus rides that pick you up and let you do your thing in the back of the bus while they take you on a tour between dispensaries.

For many, lighting up goes hand-in-hand with buckling up the ski boots.

I personally don't even know if I can make turns without Mary Jane, but there are few things to take into consideration when getting high on the hill. First and foremost, most ski areas are actually on federal land leased from the government.

This doesn't mean there will be a road block with a dog at the park entrance, but it does mean that if a Forest Service Ranger or National Park Ranger catches you in the act, you will be prosecuted federally.

Kind of a big deal. Again, use discretion and be smart.

Smoking on the ski slopes and hills

On the ski hill, a cut run or a groomer probably isn't the best place for a “safety meeting,” but back in the trees out of sight of skiers, who's going to know?

Here's a tip: Make buddies with locals and follow their lead; they'll probably take you to a smoke shack stashed in the woods to give you taste of the local flavor.

On the chairlift, again, be smart. Don't light up when you're riding the chair with a mom and her kids (unless she's the one packing it up) or with a group of tourists that obviously don't get down.

You typically run into these types of skiers on high-speed quad chairs coming from the base of the mountain. Usually, if you're riding an old-school fixed double or triple chair over black diamond terrain, it is encouraged to burn one.

Colorado is a green-friendly state, and I don't mean to deter anyone from having a good time and getting high; in fact, I would love it if everyone got down just a little. I just want folks to come to this awesome state I now call home and enjoy it without causing any trouble.

I don't want anybody in the Colorado state legislature to re-think their decision on recreational marijuana, and the quickest way to provide ammunition to the opposition is by acting a fool and causing some trouble.

Be cool, come out, sample the kind bud and have a great time in a state that is as dope as it is beautiful!

Citations: Get Your Rocky Mountain High On: A Colorado Insider's Guide (Stoned Insider)