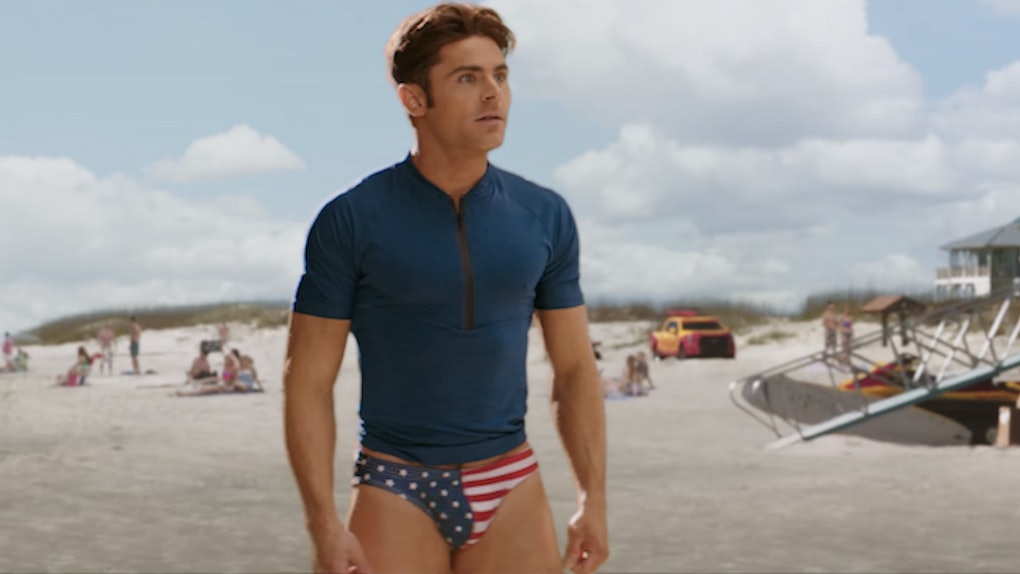 "If tomorrow all the things were gone / I'd worked for all my life / And I had to start again / With just my children and my wife."

In case you somehow missed it, we will all be given a revamped movie version of "Baywatch" starring The Rock and Zac Efron in a few weeks.

How did we get so lucky as to have this beautiful gift we are so undeserving to receive bestowed onto us?

It's better not to ask why, but to just accept it. Never look a shirtless Zac Efron in the mouth.

The trailer itself, if you haven't watched it yet, deserves an Oscar.

During the Super Bowl, "Baywatch" aired a new 30-second spot that was capped off with an insanely fit Efron rocking an American flag speedo.

Feel free to crack open a Budweiser and play some Lee Greenwood while you examine the next few pictures.

"I'd thank my lucky stars / To be living here today / Cause the flag still stands for freedom / And they can't take that away."

"And I'm proud to be an American / Where at least I know I'm free / And I won't forget the men who died / Who gave that right to me."

"And I gladly stand up / Next to you and defend her still today / Cause there ain't no doubt I love this land / God bless the USA."

It's more patriotic than when Tom Hanks stormed Normandy in "Saving Private Ryan."

I'd argue it was even more patriotic than the last 25 minutes of "Miracle."

If there is one hope in keeping our country united, it's that no matter your race, sexual orientation or political leanings, we can all look at Zac Efron's star-spangled genitals and feel proud to be part of these United States.