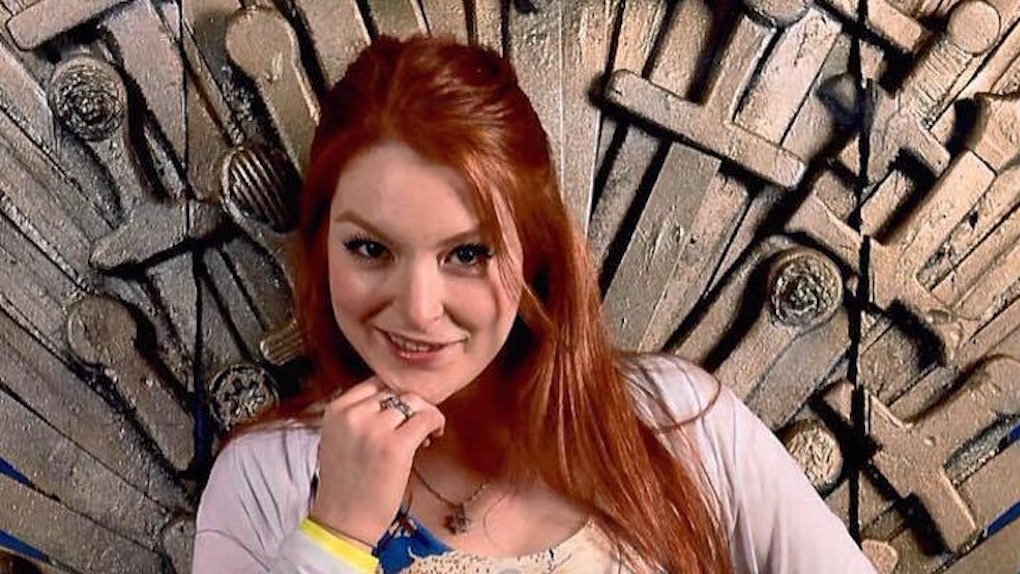 Meet Josephine Gillan. The 27-year-old actress known for playing a prostitute on the HBO show "Game of Thrones" actually used the role to escape a nightmarish life of drugs, sexual abuse and prostitution.

In an interview with Daily Mail, Gillan shared the history of her life leading up to being cast in a small part as one of Petyr Baelish's prostitutes, a woman named Marei.

'Game Of Thrones' saved me from a life of prostitution, and has made me a much stronger person. I was working as a whore and at the same time making X-rated movies, using the name Sophie O'Brien, when I saw an advert on a website for actresses in the film industry. They were looking for young women with natural breasts and no tattoos, who didn't mind being filmed naked. So I immediately sent in a picture. They wrote back that they wanted me and I was thrilled because it was an amazing opportunity to do some proper acting. But I had no idea how much it would change my life.

For starters, Gillan no longer has to work as a prostitute, but sadly that was the least of her struggles. As a child, long before being cast in one of the most watched shows in the world, Gillan was repeatedly assaulted and abused and forcibly addicted to drugs in a foster home.

They put me in a household where I was groomed by a family friend, who gave me cannabis and alcohol when I was 12 and got me hooked on cocaine when I was 14. He raped me two years later and then pimped me out to his friends. I was too frightened to tell anyone because he threatened to bury me in the garden if I did. He said he'd done it before and I believed him.

These experiences reportedly caused her self-worth to drop, which made her turn to prostitution.

But, there's a small silver lining, besides the part itself, to come out of Gillan's history. Unlike other performers without her background, Gillan has no trouble separating reality from fiction when it comes to the nudity and violence in "Game of Thrones."

People ask me all the time if we are at it for real and I reply, 'Are dragons or zombies real?' The reality is that the male actors are so uncomfortable doing sex scenes that I can usually feel them shaking nervously under me. I think they suffer from performance anxiety, because they are almost naked and there are usually about 30 crew members on set.

As one of the longest living cast members in a show famous for killing its characters off, Gillan's had the chance to meet some of the main players, like, Charles Dance who played Tywin Lannister and Kit Harington who plays Jon Snow.

If her consistent guest appearances from season two up through season six continue, she just might outlive all the main characters.

Catch Josephine Gillan in season six, episode seven of "Game of Thrones" playing at 9 pm on HBO on Sunday.

Citations: Game of Thrones rescued me from prostitution (By giving me the role of, yes, a prostitute!) (Daily Mail)