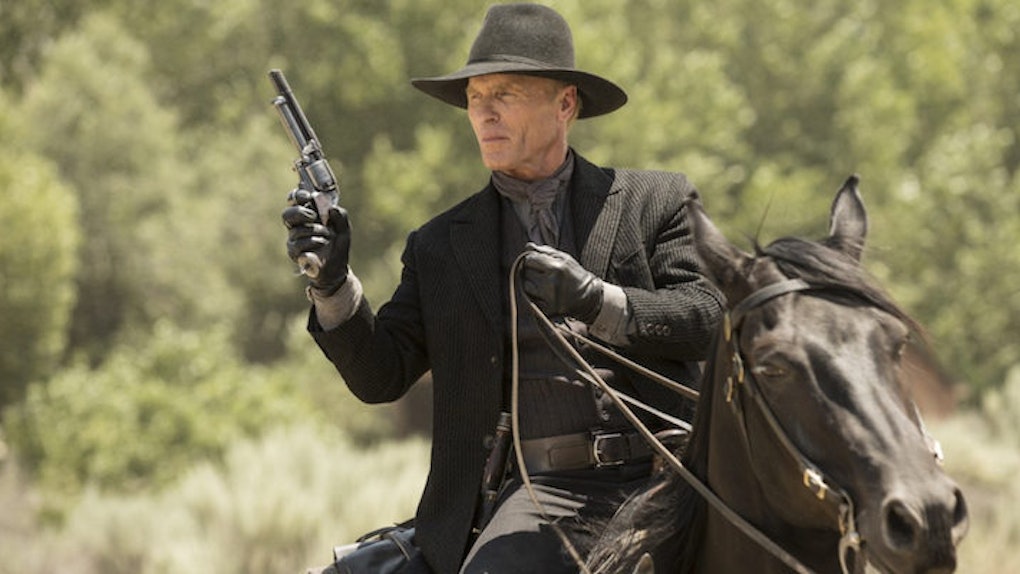 This 'Westworld' Theory Was Proven In The Season Finale

FULL SPOILER WARNING! If you haven't watched the season finale of "Westworld," then you need to leave. Now. Don't be that dick who is at a party and says something like, "Oh! Wait! I didn't watch the finale of ______ yet! Can we talk about something else?" WE ALL WANNA TALK ABOUT _____, DIANNE! Why ruin OUR night because you're lazy on your HBO show playlist, Dianne? Get your TV shit together, Dianne.

"Westworld's" first season finale absolutely destroyed anybody who watched it. A few of questions were answered, a few more mysteries were introduced and we finally got some resolution with that whole Man in Black-William connection.

For those unfamiliar — who for some reason don't watch the show but still want spoilers — the bulk of "Westworld's" first season surrounded two major threads: the first being several of the "hosts" of the park slowly gaining sentience, fighting against their pre-programmed story loop.

The second deals with two characters, William and the Man in Black, who are going through the park during different timelines.

Obviously, there were more questions, like everything involved with Maeve being programmed to escape instead of her doing it on her own free will, but these were main ones audiences were hoping would be solved by the time the season ended.

The finale more than delivered.

There was a ton of gore, the birth of Dolores as a feminist icon and EFFING SAMURAI ROBOTS FOR OTHER PARKS!

(When the hell is "Eastworld" happening? Holy crap I'd watch the crap out of that. WHAT IF THE SAMURAI ROBOTS ARE UNLEASHED ON "WESTWORLD" FOR SOME MAJOR COWBOY VS. SAMURAI SHOWDOWN?!!?)

Everything happening with Robot Thandie Newton, who broke her own code to go back and save her daughter instead of escaping to the outside world, is absolutely insane. I am praying to robot God that the search for her daughter gets resolved early in season two because the idea of her being some badass robot assassin in the real world is insane.

The internet watched along as HBO wrapped up the first season and was absolutely losing its mind in the process.

The funny part is, these tweets aren't really specific, so it's impossible to tell what part they're reacting to.

The bummer is that we're probably not getting another season of "Westworld" until 2018. The production and story development for the show is a massive undertaking that translates into lag time between the seasons, so expect this to be the norm going forward until they streamline the show's development.

Not that I give a crap about logistics. HBO better HTFU with season season: "Robot Thandie Newton's Samurai IRL Adventure."