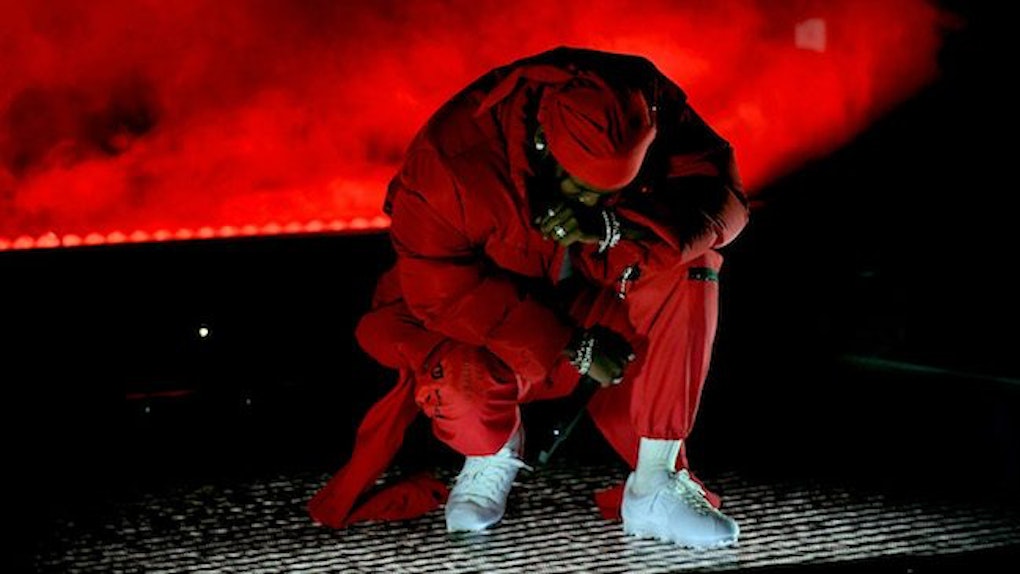 Everybody who's anybody knows that the MTV VMAs is one of the biggest nights of the year in music. Our fave celebs love to use the VMAs as a platform for shocking announcements (lookin' at you, Yoncé), debuting music videos (lookin' at you, Taylor), and surprise releasing albums (lookin' at you, Miley). That being said, there are few moments in the show as important as the opening performance. I mean, it sets the mood for the entire night, so it's definitely gotta be show stopping (err, starting?). This year, Kendrick Lamar's VMA's performance honestly gagged me, gave me CPR, and then gagged me again, which is exactly what I expect from him at this point in the game. LEGENDS. ONLY.

Over the years there have been some seriously high-concept opening spectacles that have generated some of the most iconic moments in pop culture history, so artists know if they better turn it the f*ck out if they want to leave a lasting impression. Obviously, Kendrick got that memo because this performance delivered one hell of an opening. Now he can join the ranks of Nicki, Taylor, Madonna, Britney, Christina, Missy Elliot, Rihanna, and so many others that have kicked off the VMAs with flamin' hot performances (haha, get it?).

Of course, the good people of Twitter went BANANAS during Kendrick's opening because it was INSANELY hot and the perfect way to start the night.

Kendrick performed two songs, "DNA" and "Humble" off his latest album DAMN. The entire performance was a spectacle of amazing lights, human fire dancers (yea, legitimate people lit on fire whilst dancing), and people in karate uniforms (yea, I'm not sure why). One thing is for sure, though, he opened with the energy we needed to start the night the right way and definitely earned his way into the Hall of Greats for VMA performers.