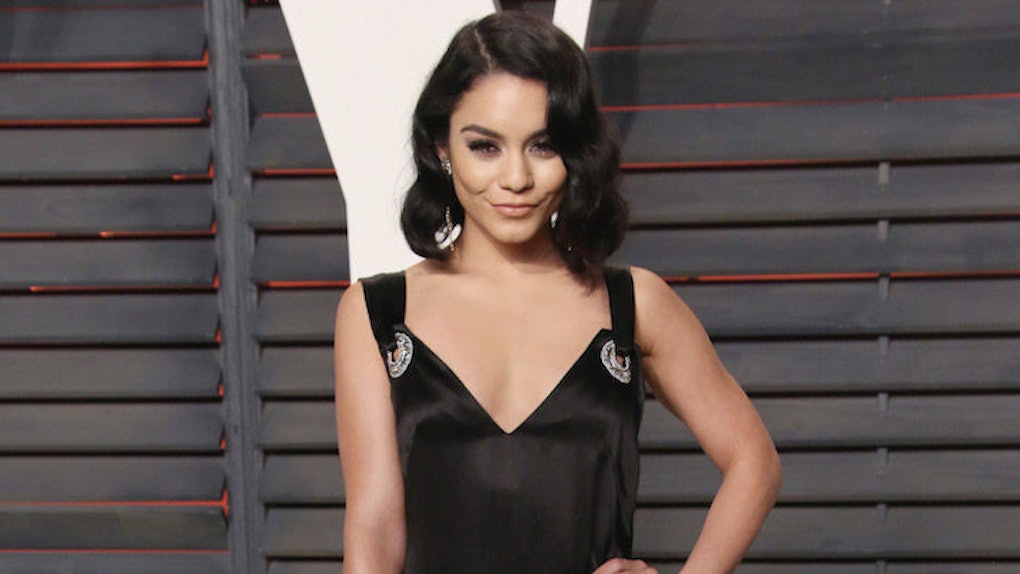 Vanessa Hudgens is being called out by fans online after an Instagram post was maybe possibly sort of kind of cultural appropriation. Woops!

The post in question features Hudgens wearing a blue boho-style dress with a dreamcatcher in her hair. Ignoring the fact wearing an entire dreamcatcher on your head seems like the most cumbersome fashion trend of all time, a few members of Vanessa's fanbase took offense to this style choice.

They think wearing a dreamcatcher like a yarmulka is a clear case of Native American cultural appropriation.

You constantly go out of your way to disrespect cultures to look ~boho. It's rude as f*ck. Don't put dreamcatchers in your hair! That you have to constantly be told not to do this and dragged means you are not listening and it's frustrating af!!

Another simply added this level-headed response to the upload,

The Hudgens faithful did come out in large numbers to defend the 27-year-old "High School Musical" alum on the post itself in the comment section.

I'm Native American and this is not offensive. You can't satisfy everyone. There will always be someone who doesn't agree. If they don't like what they see, unfollow her. I'm sure she does not care what people think of her. People really should just mind their own business, she's not hurting anyone.

It should be noted this isn't the first time Hudgens has been involved in a cultural appropriation scandal.

A few years ago, she was called out online for Hindu cultural appropriation after wearing this outfit to Coachella.

As of press time Hudgens hasn't taken down either of the original dreamcatcher photos.