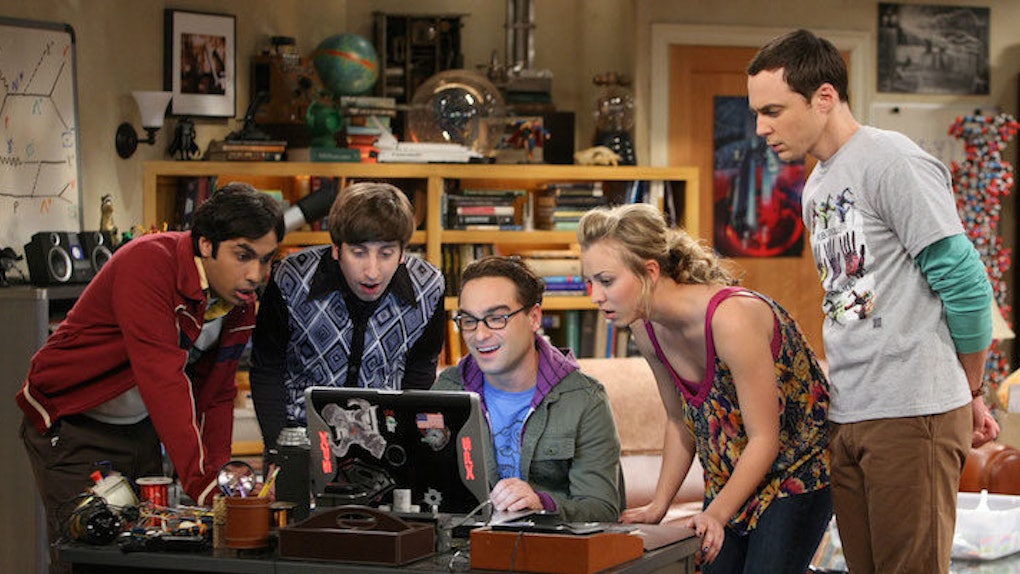 The Power Of TV: How ‘The Big Bang Theory' Helps Me Bond With My Dad

The hit comedy "The Big Bang Theory" has been in our lives for the past nine years, and has made being a genius, nerd and geek popular.

It's brought forth a whole new appreciation for pop culture references, and a litany of new catchphrases for our lexicon.

We're a nation obsessed with this group of friends, similar to the way we fell in love with "Friends."

I'll admit that I wasn't big on the show when it first premiered, and didn't think it would last.

I had been burned numerous times before by the networks cancelling my favorite shows when they don't perform in the ratings.

When "The Big Bang Theory" began running in syndication, I found myself casually tuning in, but never truly appreciating the humor in it.

It wasn't until my father kept making references and trying to relate our conversations to scenarios from the show, that I truly got into it. Previously, my father and I related to one another using "Seinfeld" as a reference point.

Little by little, I found myself encapsulated by Leonard, Sheldon, Howard and Raj. They reminded me of myself, especially the character of Howard Wollowitz.

Like Howard, I have lived at home all my life, and my mother is an overprotective Jewish mother with a very prominent voice who can often get under my skin.

Ironically, throughout the course of the shows airing, numerous friends have compared me and my mother to Wollowitz and his mother.

It was extremely sad when the woman playing Mrs. Wollowitz died, and they subsequently wrote that into the story.

It hit a nerve that death does in fact happen.

The true relationship and bonding between my father and I is that he is an extremely avid watcher of the show.

He will tape the show as it airs live just in case he misses something.

My father often finds that he can relate to me by posing questions in terms of things that have happened on the show.

For example, he's fascinated by Sheldon and Amy and the peculiar but delicate relationship between the two characters.

He'll ask me about my friends and people he knows and will try to compare them against Sheldon and Amy to understand today's culture.

By using the characters in "The Big Bang Theory," he can understand how modern relationships, technology and cultural events go down in today's society.

It's his way of staying up to date with Gen-Y, as a Baby Boomer.

One of the biggest reasons I love the show is because it has allowed me to build a better relationship with my dad.

The show and its plot points are often our starting points for conversations, both serious and goofy. He's able to talk to me about relationships, about careers, about pop culture, etc. all while weaving through references from the show.

At first I found it a bit annoying that the show was always the focal point of conversations, but I soon realized that it was his way of truly making an attempt at conversing with me.

The genuine relationships on the show between the four men, as well as the relationships that each of them have built with the opposite sex, is extremely true for a large portion of Americans.

We're not all supermodels and actors.

We're quirky and witty, sometimes socially awkward and a bit hard to understand.

I'm proud to feel represented on television by these characters and their struggles and their turmoils.

I'm grateful to the team at "Big Bang" for crafting wonderful stories to play out on television that can bring together family members that may have difficulty communicating.