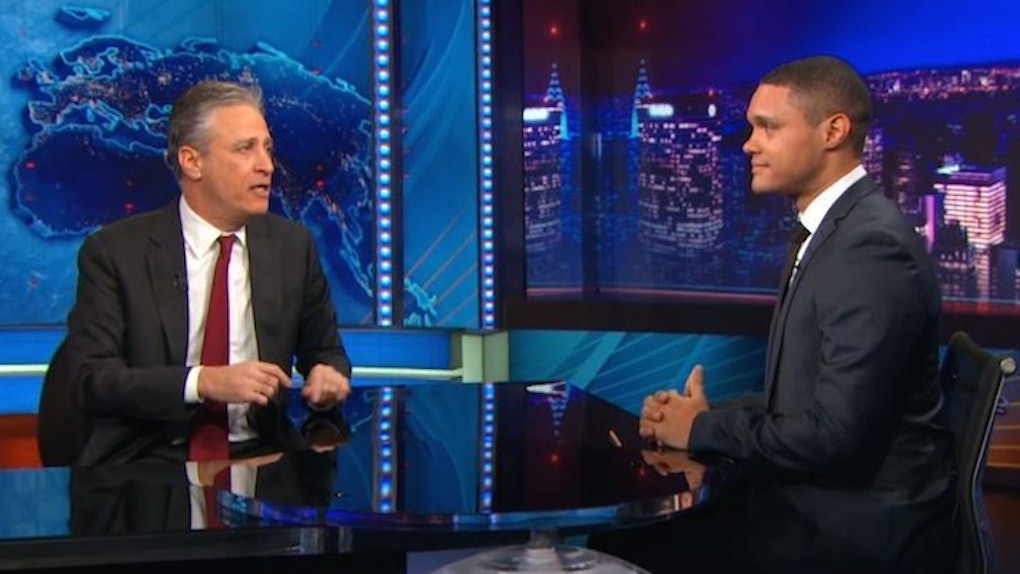 Back in February, Jon Stewart announced he would be leaving "The Daily Show."

Now, we know who will replace Stewart.

The new host's name is Trevor Noah, and he is 31 years old. Noah is a South African comedian and has only been a "Daily Show" correspondent for about four months.

However, Noah beat out potential replacements such as Samantha Bee, Jason Jones and Jessica Williams for the coveted spot.

Noah spoke to The New York Times from Dubai and said,

You don't believe it for the first few hours. You need a stiff drink, and then unfortunately you're in a place where you can't really get alcohol.

Noah will have some massive shoes to fill.

Stewart has been the host of the show for the past 16 years and turned it into one of the smartest and funniest programs on television. Hopefully, Noah is up to the task.

In a statement, Stewart said,

I'm thrilled for the show and for Trevor. He's a tremendous comic and talent that we've loved working with.

Here is some of Noah's stand-up so you can get a sense of what the new "Daily Show" host is all about: