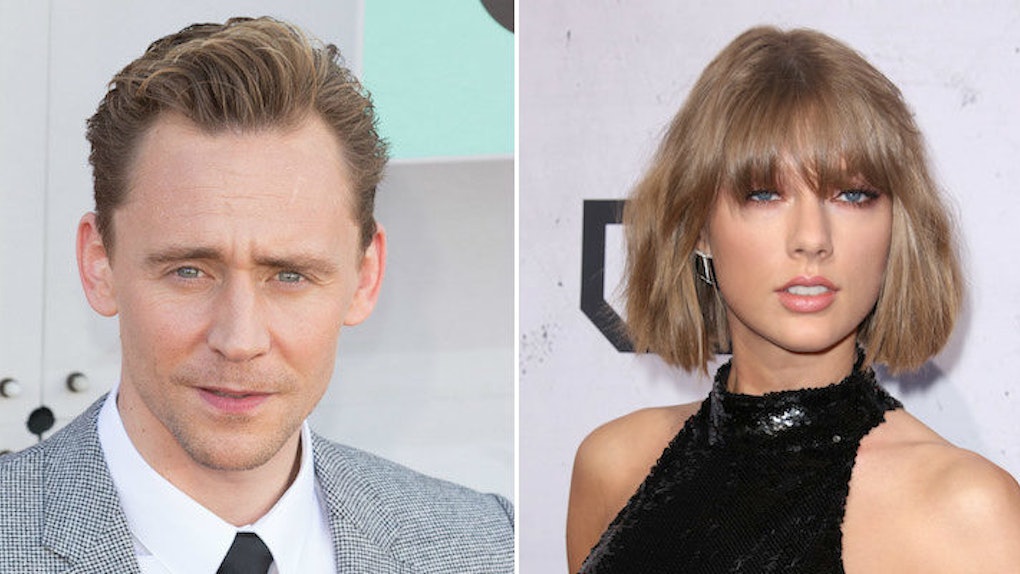 Did Tom Hiddleston Just Give His First Interview About Taylor Swift?

Update, 11:15 am: Tom Hiddleston's publicist confirmed to Metro.co.uk this interview has been spliced together from old sound bites and is not real.

Tom Hiddleston (Might have? Maybe? We're really not sure?) finally spoke out about dating Taylor Swift.

Here's the deal: This little-known Belgian radio show called "Qmusic" claims to have interviewed Tom about his new relationship with Tay.

That's all well and good, but some people are suspicious as to why Tom would give his first interview about this whole thing to this random radio station.

E!News reports some people think the interview has been cut and pasted together from old sound bites from other Tom Hiddleston interviews.

But, if the interview IS real, then Tom thinks his new relationship with Tay is a "roller coaster."

When the radio host asked Tom to describe what dating Taylor Swift is like, we hear Tom's voice answer,

I would describe it as a roller coaster ride of action and spectacle and lots of laughs.

Tom went on to say some very sweet things about Taylor — or who we are led to believe is Taylor.  He said,

She's actually, um... She's got such a wicked sense of humor and she's a really fun person to have around. She's really great.

Listen to the interview yourself below:

So, what do you think? Is this the real deal, or nah?