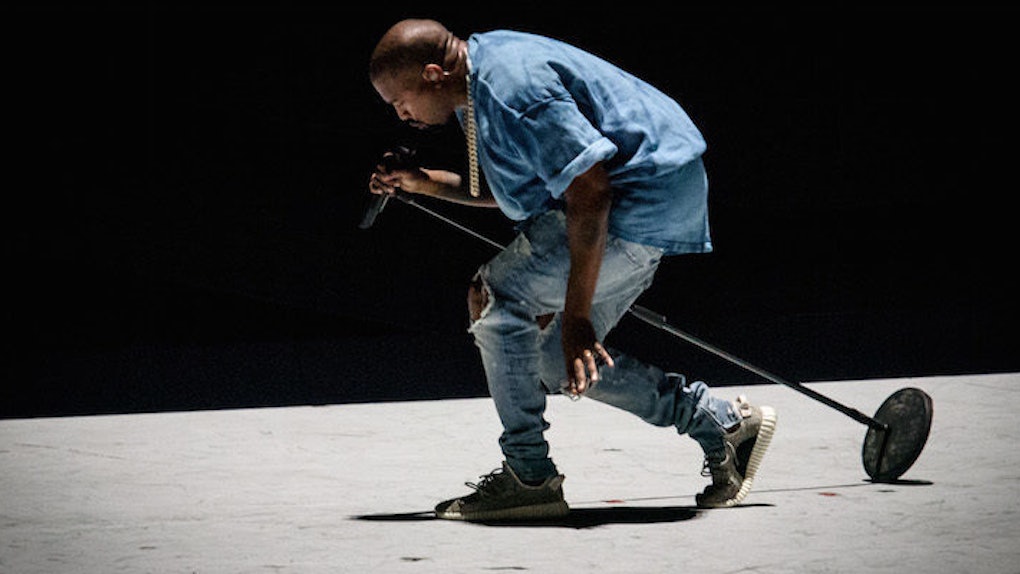 EVERYONE GET TO A GODDAMN COMPUTER RIGHT NOW! THIS IS A GOD THING!

And on the 14th day of the sixth month, the Lord spoketh to us, announcing with His divine merciful will a gift hath been set upon His beloved flock in the form of a multi-city US/Canada Yeezy tour.

That's right. Kanye is taking Pablo on the road with the “Saint Pablo” tour.

Tuesday morning, Kanye dropped this random bombshell on us with almost zero warning and less information.

If you're by these cities and have an AmEx card, today you were able to hop on the pre-sale train all the way to Kanyeville through Ticketmaster station.

Expectedly, the internet flipped out and I'll tell you all about that in a second after I quickly brag:

THAT'S RIGHT, BETCHES! I'M GOING TO KANYE! RIDIN' THAT ULTRALIGHT BEAM ALL THE WAY TO THE GARDEN ON SEPTEMBER 5!!!! IN! YOUR! GODDAMN! FACE!

OK, shameless brag out of the way, here are a bunch of non-me people who are going to have an intimate convo with Ye later this summer.

INDIA, YOU'RE GOING TO KANYEEEEEEE!!!

Hope you've been saving up.

This is why it's awesome living in NY. We always get two dates. I'm so excited#SaintPabloTour @TheGarden. pic.twitter.com/O6BvOKuAJ6 — Eduardo Leon (@xEdxardo) June 14, 2016

This is all too beautiful.

I've been crying for the past two hours. Believe in yourselves, people. Great things can happen if you just believe.