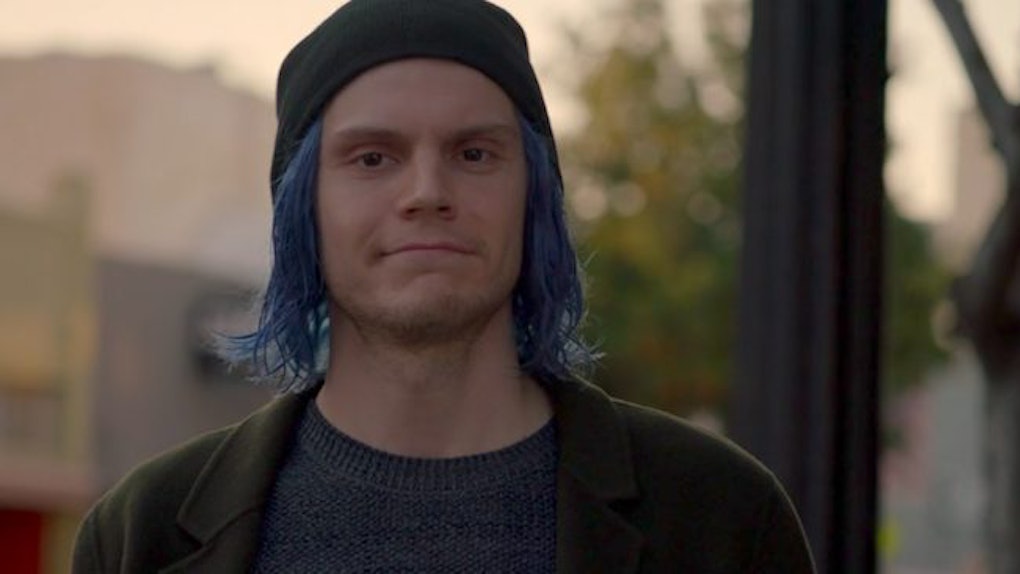 What Does Ozymandias Mean? The 'AHS: Cult' Character Has A Huge Clue In His Name

If there is one thing to know for sure about American Horror Story, it's that there are always secret details lurking beneath the surface of each season's dialogue and theme. Sometimes those details reveal themselves throughout the season, and other times they remain secret and are left up to the shrewd fans to figure out on their own. That being said, the current installment of AHS, Cult, is no exception to Ryan Murphy's cleverly hidden-in-plain-sight secret details. Indeed, though it's still early in the season, it seems as if one character's name may bear a greater significance later on in the season than we think. That's right, the name of Ally and Ivy's adopted son on AHS: Cult is Ozymandias — Oz/Ozzy for short — and while that may seem only trivial right now, you might want to ask yourself: What does Ozymandias mean?

According to the Oxford Dictionary (I feel like I'm writing a paper for an English literature survey course right now), the name Ozymandias refers allusively to "a tyrant, a dictator, a megalomaniac; someone or something of immense size, a colossus" and has traces dating as far back as Greece's Hellenistic period (roughly 323 BC to around 31 BC). As old as the name Ozymandias is, it was only popularized in English after the Romantic poet Percy Bysshe Shelley wrote a sonnet in the nineteenth century bearing the name as its title.

In recent times, Ozymandias has taken on an even more present role in pop culture, serving as the name of one of the most famous episodes of the series Breaking Bad (Season 5, Episode 14), and, now, as the name of one of AHS: Cult's most pivotal characters. Perhaps more important than the presence of the name Ozymandias, though, is its relationship to the theme of American Horror Story's current, clown-filled seventh chapter.

Earlier this year in February, Ryan Murphy revealed the seventh installment of AHS would deal with the 2016 presidential election. For a long time leading up to the season's debut, though (and in keeping with AHS tradition), that is the only information the show's creator released, leaving fans to speculate on the theme, location, and cast. Once the season's subtitle, Cult, was released at San Diego Comic-Con in July, however, things all became a bit clearer for everyone. It was revealed that the season wouldn't necessarily deal with the horror of the Hillary vs. Donald campaign cycle that consumed the majority of 2016, but rather it would explore the aftermath of Trump's election and the tactics on which cult leaders have risen to power in the past.

That is where the allusion to Shelley's poem, "Ozymandias," earns its rightful place in the season. The sonnet, which was published in the early-nineteenth century, is — at its most basic core — a reflection on the notion that even the most powerful commanders and ideologists, corrupt or not, are mortal; indeed, as "Ozymandias" points out, even a "King of Kings" (line 10) will eventually be reduced to nothing more than a decaying and abandoned desert statue (metaphorically speaking, of course).

Furthermore, the poem suggests that the principles, or "passions," on which mighty "Kings" rise will often — like their elocutionists — survive only in desolation, "stamped on...lifeless things" (line 7). While it has been majorly suggested that the poem is pointed at the ancient Egyptian pharaoh, Ramses II, its core message is applicable to and relevant in modern times, as well.

Clearly, within the context of American Horror Story: Cult, the name Ozymandias bears a deeply layered significance to the season's overall theme. In a dark, sinister chapter that is set to explore the mindset of historical cult figures like Charles Manson, Andy Warhol, Jim Jones, and David Koresh — all while focusing on the demagoguery of Evan Peters' character, Kai, and his cult of murderous clowns — the reference to Shelley's poem is not lost.

Now, whether or not Ozzy's name foreshadows events to come later in the season or hints at the eventual demise of Kai and his cult remains to be seen. Either way, one thing is for sure: We're in for one hell of a creepy, horrifying, and shocking ride this season. For now I guess we can all just rest easy knowing that the world Ryan Murphy has created is fictional...well, somewhat.