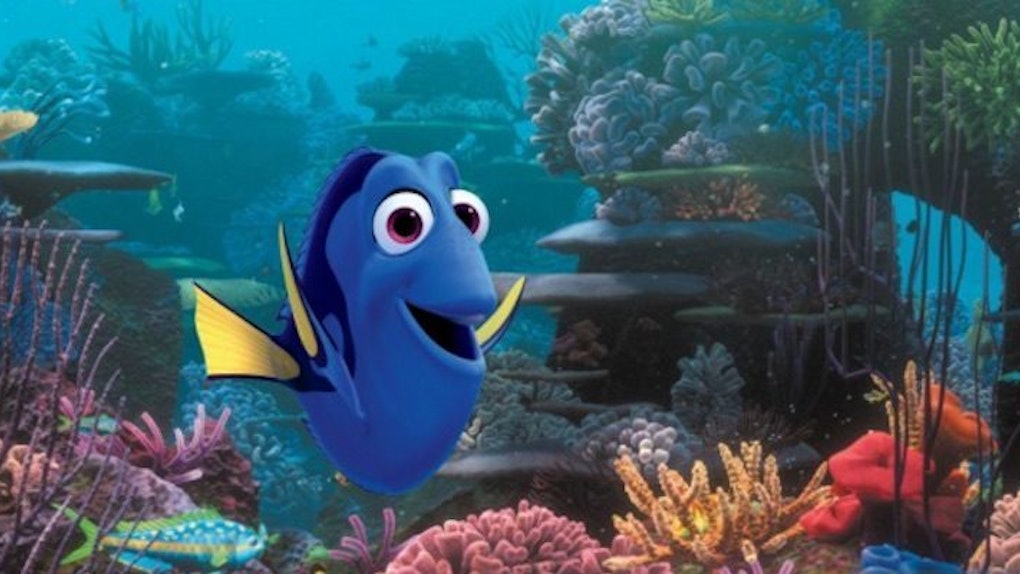 Now that the highly anticipated "Finding Nemo" sequel, "Finding Dory," finally hit theaters last weekend, it's time to get down to the important question: Where does it fit into The Pixar Theory?

The Pixar Theory, for those unfamiliar, is the theory every Pixar movie from "Toy Story" to this new sequel all fit into one big continuous universe.

According to Jon Negroni, who came up with the theory, the Pixar Universe tracks an evolution of animals becoming as intelligent as humans. It begins with "The Good Dinosaur" and ends with "Monsters, Inc.," when monsters have evolved into their own civilization.

If you have eight minutes to spare and feel like having your mind blown, you can watch this comprehensive video explanation of the theory — though it was made in 2014 so it's not quite up to date.

So what's "Finding Dory's" place in this universe?

Well, according to Negroni, it's basically the same place as "Finding Nemo," which fits between "Toy Story 2" and "Ratatouille."

The original theory posits the Dory we know and love from "Finding Nemo" was experimented on by humans, which is why she has the memory loss.

Now with this sequel, her origin story adds some background to the character.

In an interview with Complex, Negroni said,

[Finding Nemo] spent a lot of time just fleshing out the quirkiness of [Dory]. She had all these peculiarities about her -- she was able to speak whale, she had short term memory loss -- but she's a very empathetic character. She creates these really firm connections with people very quickly, and she's very intelligent. She can read, and it's interesting that the 'Finding Dory' gives her a little bit of origin, and gives us some perspective on where she came from.

Personally, I kind of doubt the people over at Pixar — talented though they may be — are putting quite this much thought into connecting all these films.

Still, it does all fit. Kind of.