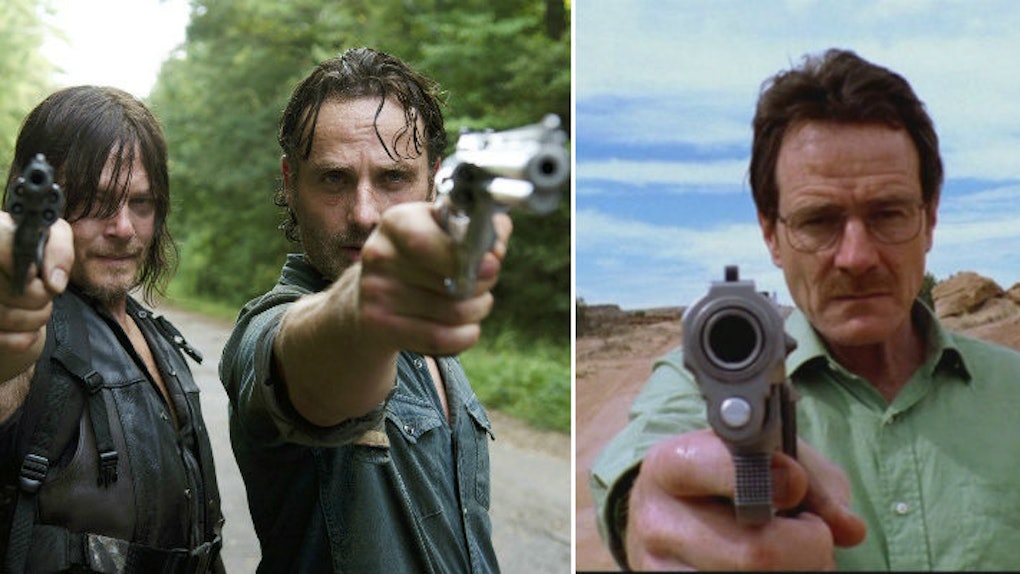 Theory Says 'The Walking Dead' Is A Sequel To 'Breaking Bad'

A new fan theory has cropped up that links two of the greatest shows ever to grace television: "The Walking Dead" and "Breaking Bad."

While it is a bit of a stretch, it's still incredibly creative and extremely compelling.

There are four key links between the shows as shown on Netflix's YouTube channel.

We start with Merle's drug stash in "The Walking Dead." If you take a close look, the loot contains the iconic blue crystal meth that made Walter White such a successful businessman (uh, meth-maker?).

The theory suggests that this meth is what caused the zombie outbreak.

Next up, we are presented with a red Dodge with a black stripe.

Walter White is forced to return this exact car to the dealership to an employee named "Glenn." When Walter learns that there is a restocking fee, he just blows it up instead, like you do.

Meanwhile, in season one, episode two of "The Walking Dead," Glenn is seen celebrating driving a red Dodge.

Maybe he got away from the zombie outbreak in another one of his previous employer's cars on the lot.

However, what I find most convincing is that a "Breaking Bad" character might be the first zombie that causes the post apocalyptic world of "The Walking Dead."

In fact, this character literally becomes "the walking dead."

After an explosion, Gus Fring meets this terrible end... or IS IT JUST THE BEGINNING?

While the video itself admits that this is all pretty unbelievable -- a 5/10 on the "believability scale" -- it gives the theory a 9/10 for being so damn entertaining.

If "The Walking Dead" is not exactly a sequel to "Breaking Bad," then it is certainly a nod toward the fellow AMC show.

The next episode of "The Walking Dead" hits AMC on Sunday at 9 pm.