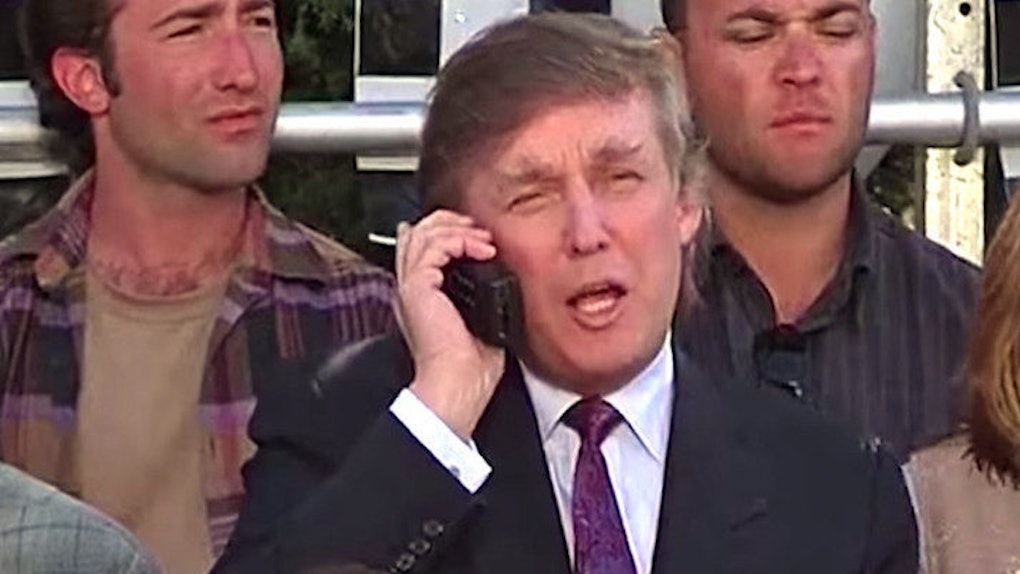 You know Donald Trump as the former host of "The Apprentice," president of The Trump Organization and founder of Trump Entertainment Resorts.

You ALSO (hopefully) know he's the leading candidate for the Republican party in this year's presidential election. *Cringe*

But did you know Donald Trump has also made cameos in several well-known films?

Let me emphasize the word "cameos." Donald Trump is by no means an actor, he was just put in random roles because, I don't know, it's funny?

Like "The Little Rascals," for example. Classic movie, right? It's one of my all time favorites.

Donald Trump was actually in the film. Yup, he was Waldo's father.

Waldo was the pretentious rich kid who competed with Alfalfa for Darla's attention.

There's one scene where Waldo calls his father during the go-kart race to let him know he's gonna win. Then BOOM, you realize the father is Trump. LIKE WTF? GET OUT OF MY MOVIE, OLD MAN.

In the video below, you can check out all of Trump's random movie cameos. "The Little Rascals" scene begins at 2:23.

He also appeared again in the ending credits.

Trump, I think you're a way better actor than you are politician, but that isn't saying much.

Maybe you should ditch the podium and take up a new hobby that doesn't involve ruining a nation. Just sayin'.