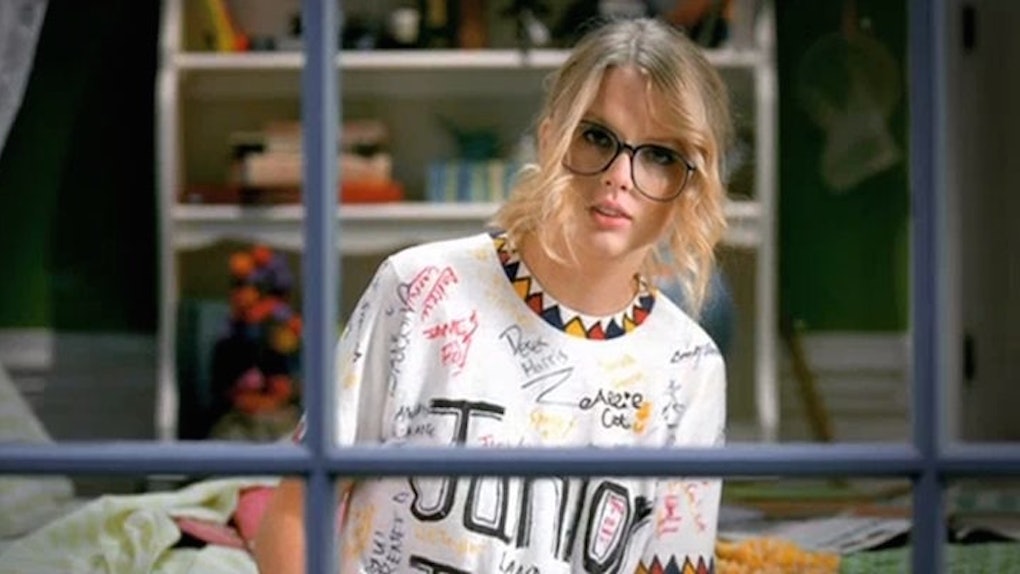 The whole world has become well aware of Taylor Swift's fierce and enormous squad. From Selena Gomez to Karlie Kloss, it feels like Taylor is armed with more friends than I can count.

However, in a recent interview with GQ's Chuck Klosterman, Swift admitted that wasn't always the case.

She shared a pretty sad story from her middle school days of a time when her "friends" blew her off on a trip to the mall.

Apparently, Taylor asked a bunch of girls if they wanted to go shopping with her. Each one said no, but then later when Taylor showed up to the mall with her mom, she saw the group of girls there without her.

I just remember my mom looking at me and saying, 'We're going to King of Prussia Mall.' Which is the big, big mall in Pennsylvania, 45 minutes away. So we left and went to the better mall. My mom let me escape from certain things that were too painful to deal with. And we talked about it the whole ride there, and we had a good time shopping.

Damn. This story seriously sounds like it is straight out of "Mean Girls."

Swift explains those dark days are what led her to really value the female friendships she has now.

Aww, Tay. Way to shake it off. We're here for you girl.

And to the middle school bullies, ya'll can suck it.