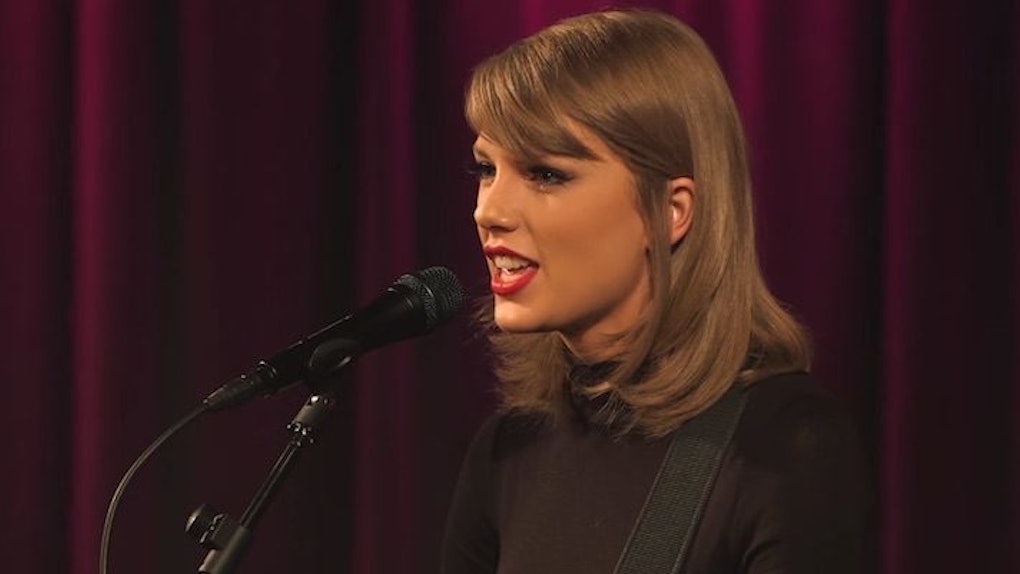 Listen, I'm not saying I don't love it when Taylor Swift shoots guns and smokes cigars with Lena Dunham, because you know I do, but back in the day, Taylor used to be just her and her guitar.

At The Grammy Museum last September, T Swift took us back to simpler times with her acoustic version of "Wildest Dreams."

The video of the performance released yesterday, and let me tell you folks, she sounds really freakin' good.

It's a reminder while she can (and does) rule the pop scene with her catchy hits, she doesn't need the studio to sound incredible.

I love 1989 as much as the next 20-something white girl, but this is what the song would have sounded like if it had been on Red.

It's Taylor totally in her element and at her very best, in my opinion. Girl's got mad vocal skills.

See for yourself above, but fair warning: You will feel All The Things.