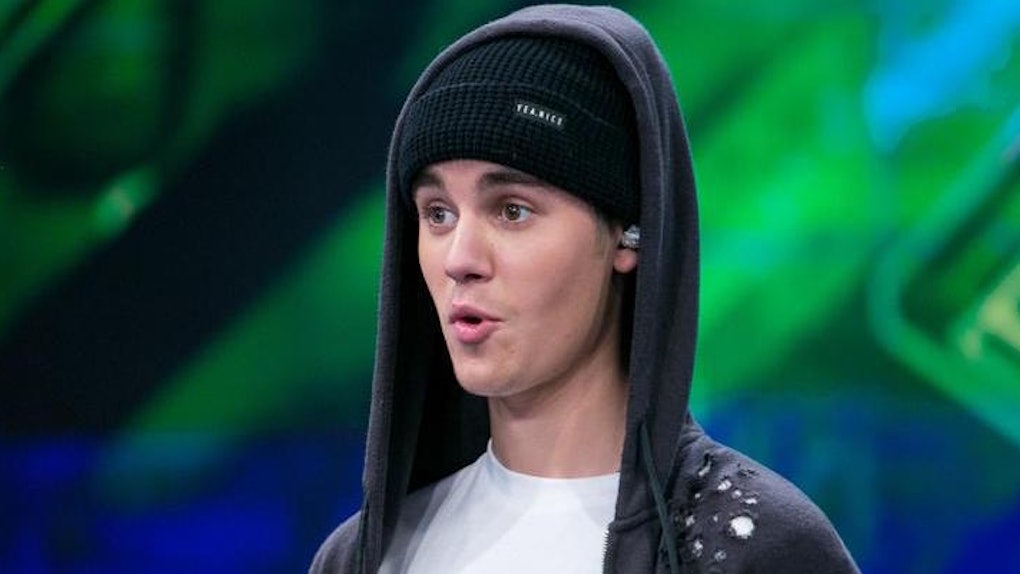 It's not uncommon for celebrities to have crazy, obsessed fans, but Justin Bieber's biggest fan takes obsession to a weird new level.

Gabrielle Newton-Bieber of Nottinghamshire, England recently changed her last name from Newton to Newton-Bieber to make it seem as though she's married to the “Never Say Never” singer.

The 22-year-old is J Bieb's biggest cheerleader: She has five tattoos dedicated to the pop star and has slept with a cardboard cutout of him every night since she was 16.

She hopes changing her last name to Bieber will get Justin's attention. That way, they can meet and potentially get married “for real.”

I always call Justin my husband when I talk to people. I say, 'I've got to go, my husband is just on the TV.' They find it a bit weird because we are not really married -- if only we were. Just maybe one day… I think Justin Bieber is the only man for me. I wouldn't go out with anybody else except Bieber unless he had an identical twin or a lookalike.

The Brit admits she would be “finding” and “stalking” Bieber if she had the resources and hopes to meet him one day, although she said she would “probably just burst into tears.”

For now, Newton-Bieber sticks with talking to her cardboard Bieber cutout, which she won six years ago, and is considering bringing it to Christmas dinner as her date.

So, there's that. Be thankful you're not Bieber (or that poor, poor piece of cardboard).

Citations: 'World's biggest Justin Bieber fan', 22, changed her name to pretend they are MARRIED and even sleeps with life-size cardboard cut-out of the singer (Daily Mail)