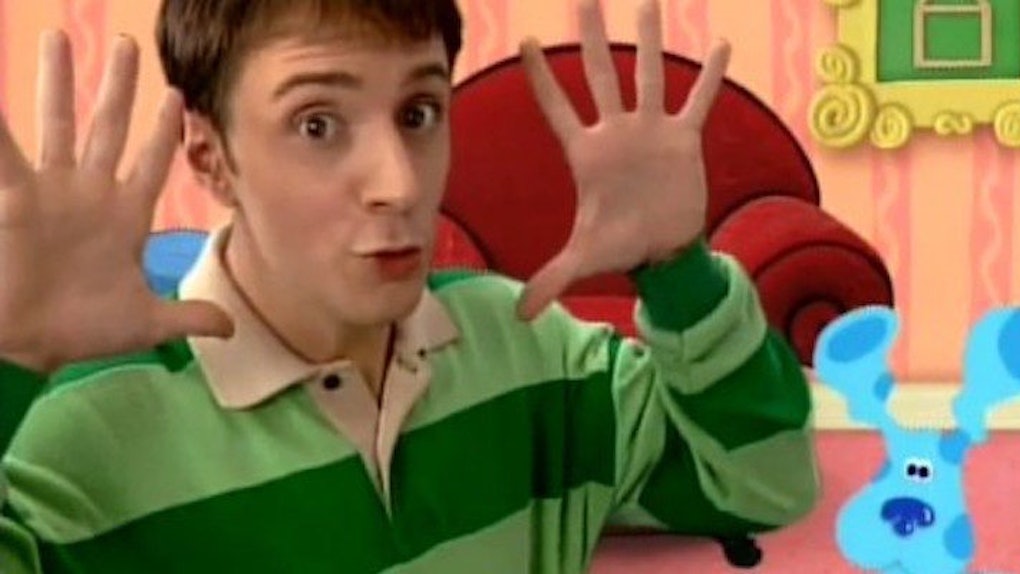 Hey! Do you guys know what time it is?

On September 8, 1996 a man named Steve introduced us to his dog named Blue for the very first time.

The show was almost instantly a smash hit, and soon kids across America were helping Steve find blue paw prints, get the mail and skidoo into paintings.

(I will not disclose the number of times I attempted to skidoo into paintings when I was younger, but I will say my family stopped taking me to museums. Steve told me I could, too!)

While there's no way to escape the unstoppable passage of time, we can at least distract ourselves by observing its effects on someone's face other than our own.

That's where Steve — aka Steve Burns — comes in.

Steve Burns was just 22 years old when he landed the "Blue's Clues" role.

Now he is 42, and — despite rumors he died or fell into a drug addiction — is still very much alive and just as nostalgic for Blue as you are.

(Though these days he is slightly less excited about getting mail and a little miffed about the oversized khakis he had to wear.)

"Blue's Clue" Steve went off to college, while real life Steve shaved his head, moved to Brooklyn and started an indie rock band.

In a documentary called "Behind The Clues" from 2006, Steve said the reason he left the show and shaved his head was because of male pattern baldness.

I knew I wasn't going to be doing children's television all my life, mostly because I refused to lose my hair on a kids' TV show, and it was happening, fast.

It's unclear how or why the rumor of Steve's drug-related death began. (My guess is conservative parents just assume a shaved head and rock music means heroin.)

Steve went on multiple talk shows to try to dispel the rumor, but somehow it still prevails today.

Luckily, Steve has a pretty good sense of humor about the whole thing.

So what is Steve from "Blue's Clues" like today? A little bit hipster, a lot funny on Twitter and 100 percent, definitely alive.

He's also by far my favorite person to write a "Where Are They Now" post about, mostly because of this tweet.

It's OK, Steve. The sands of time have affected us all.

Thank you for six years of my childhood!

Citations: Blue's Clues Turns 20: Can You Guess What Host Steve Burns Is Up to These Days? (E! News)