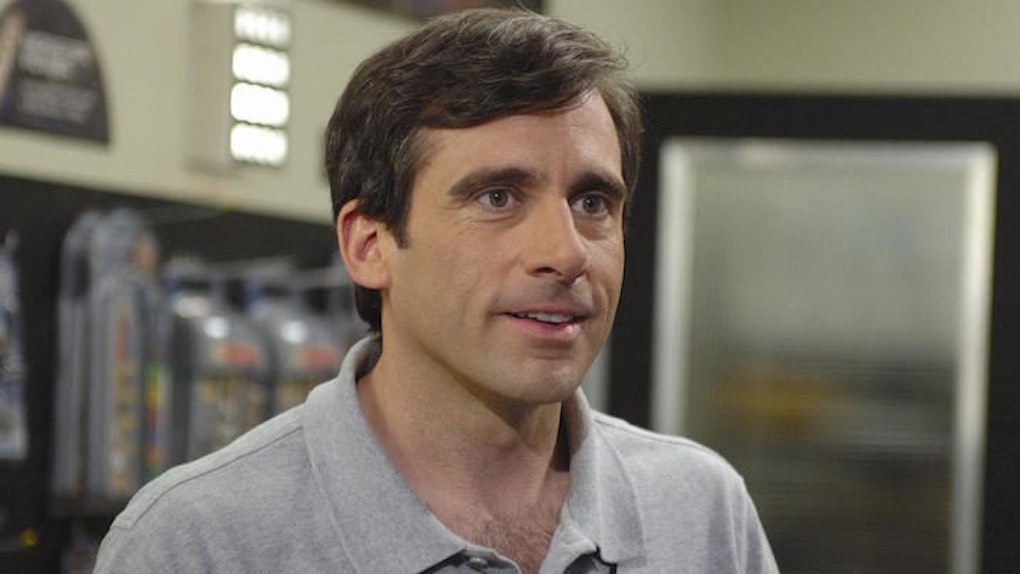 Before he was the best/worst boss, Michael Scott, Steve Carell was the charming but awkward Andy Stitzer, aka The 40-Year-Old Virgin.

But apparently, he almost wasn't. In this interview with Conan O'Brien, Steve revealed the production company, Universal Studios, almost shut down production on "The 40-Year-Old Virgin," the movie that launched his career. The studio said Steve looked "like a serial killer."

Anyone who saw the film will know Steve's character is probably the least threatening guy imaginable, but apparently, Universal felt unsettled enough by Steve's face to nearly cancel everything.

In the meantime, Steve Carell became one of the most beloved comedy actors of our time, and there was that show about an ACTUAL serial killer on Showtime everyone seemed to love. I think you made the right call, Universal.