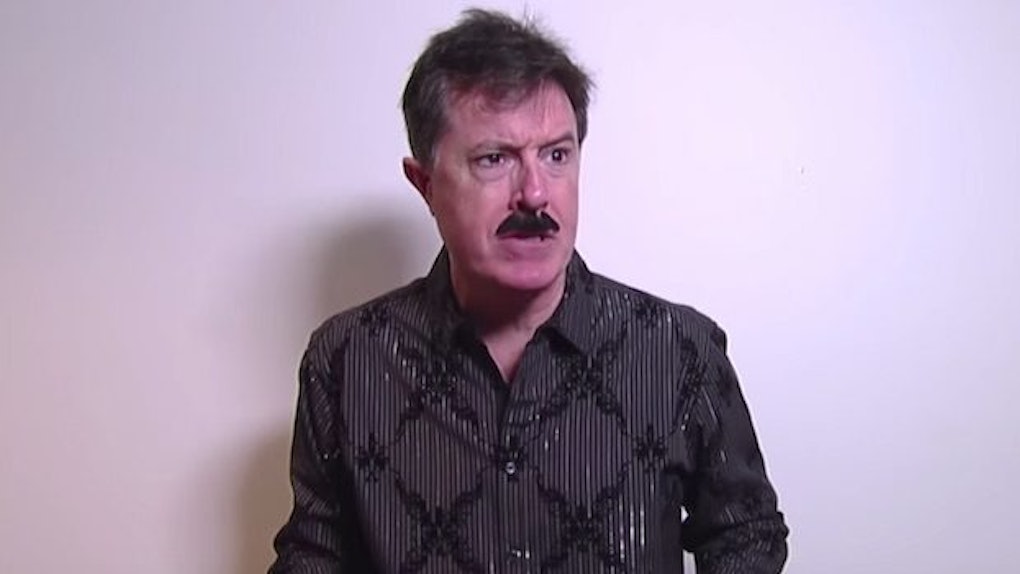 The escaped drug lord Joaquín "El Chapo" Guzmán was recaptured by Mexican authorities because, surprisingly, it turns out an interview with a celebrity isn't a great method for remaining incognito.

Mexican officials said actor Sean Penn's interview with El Chapo for Rolling Stone, which the drug lord apparently agreed to because he wants a movie made of his life, assisted them in the recapture.

The late-night jokes practically write themselves here, but Stephen Colbert has once again done it better than anyone else could.

If El Chapo wants a biopic, Colbert is more than willing to offer his services. In a clip posted to the "The Late Show with Stephen Colbert" YouTube channel today, Colbert submits his audition tape for the starring role, and it's perfect.

Now, I'll admit before I watched the video, I could see this going horribly wrong — visions of a white guy doing an over-the-top Mexican accent filled my head — but fear not.

Colbert's El Chapo impressions range from a 1920s gangster to Han Solo, and I'm going to go ahead and give him my Oscar vote.

C'mon, it's Colbert! Did you really expect anything less than a class act? Watch for yourself above.