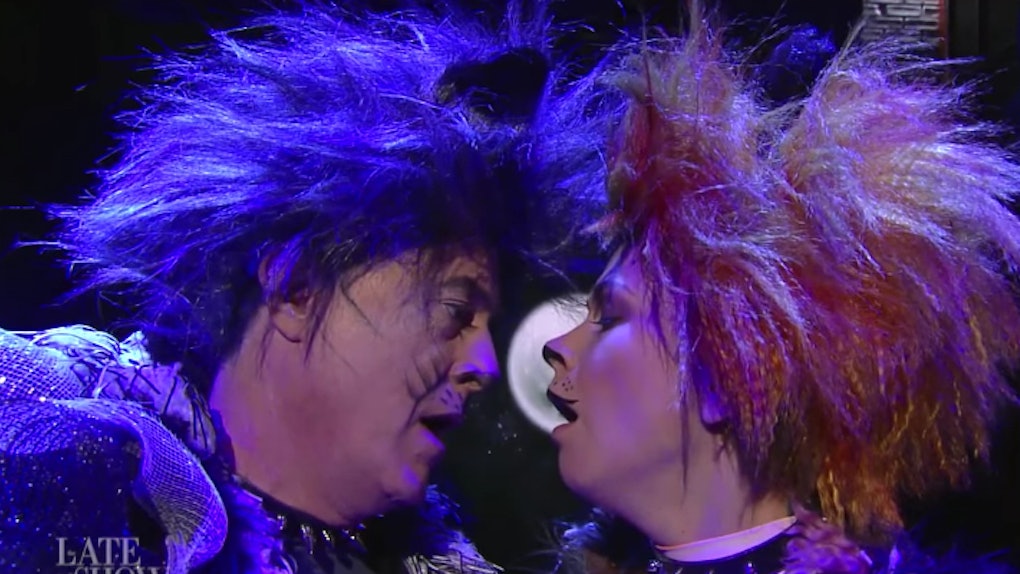 In a hilarious sketch for "The Late Show," host Stephen Colbert and Sutton Foster performed the musical "Cats" as if the characters acted more like their real life feline counterparts.

Of course, these cats are obsessed with scratching each other, playing with window curtains...

...And of course the taste of their own butt. Hey, 2016 is the year of ass-eating appreciation, after all.

I'll be completely honest. I've never seen the musical "Cats," and I can absolutely guarantee I never will in this lifetime or during my entire nine lives (that I would have if I were actually a cat).

From what I've been told, the Webber musical tells a weird story about cat reincarnation and YOU'VE CAT TO BE KITTEN ME RIGHT MEOW.

Seriously, what the hell is a Jellicle cat? No, don't actually explain it. I might die from boredom.

Of course, all the songs in Stephen's adaptation are original, including the one about how much cats throw up while their owners are gone. #SOTRUE

Stephen and Sutton are acting more like cats IRL, so much so that I don't know where Colbert ends and a cat begins.

OK, that's not true at all.

But I've got to admit that Stephen in a cat leotard both shows how ridiculous the costumes for this show are and proves that Colbert should think about doing some good ole Broadway sometime soon.

Plus, Sutton looks like she's about to get shot out of a friggin' cannon at one point.

As someone who has never seen "Cats," I can safely conclude that now I don't have to. Ever.

Can you guys do "The Lion King" though, you know, before it gets turned into a live-action remake?