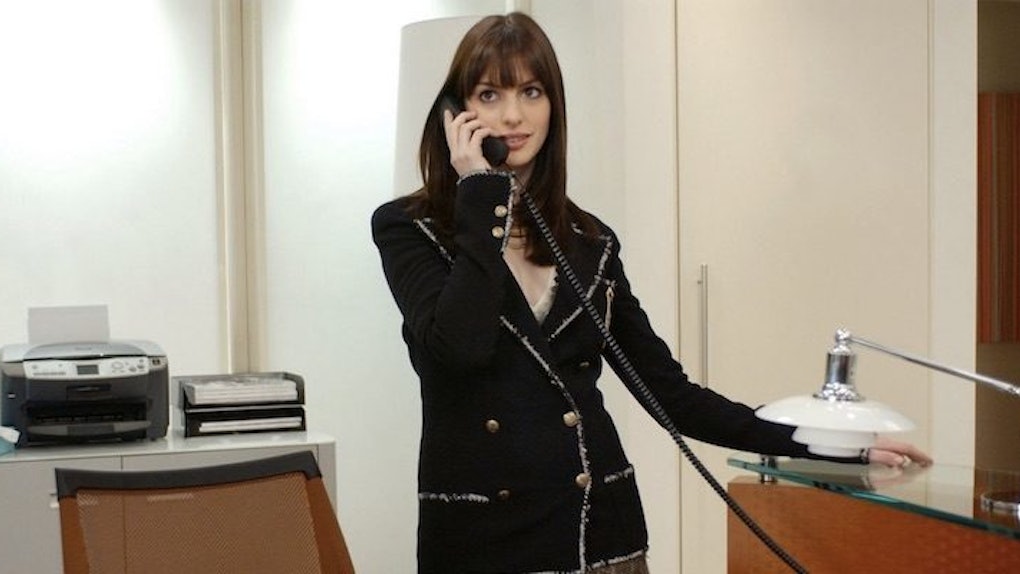 It's been a full decade since "The Devil Wears Prada" was adapted into a film beloved by fashion fanatics and casual corner clearance bin shoppers alike.

As someone whose celebrity doppelgänger is pre-makeover Anne Hathaway (in both "The Devil Wears Prada" and "The Princess Diaries"), this film was required viewing.

Unsurprisingly, whenever I admit I've watched it upwards of 10 times, I find most people -- regardless of how unlikely a fan they seem -- also readily admit their love for this Meryl masterpiece.

In honor of the 10th anniversary of "TDWP," let's check in with our favorite characters.

A little Crisco and some fishing wire and we'll be in business.

I'm sorry, do you have some prior commitment? Some hideous skirt convention you have to go to?

I wouldn't care if you were out there pole-dancing all night, as long as you did it with a little integrity.

What makes you think I'm not interested in fashion?

By all means, move at a glacial pace. You know how that thrills me.

Miranda was right, y'all.