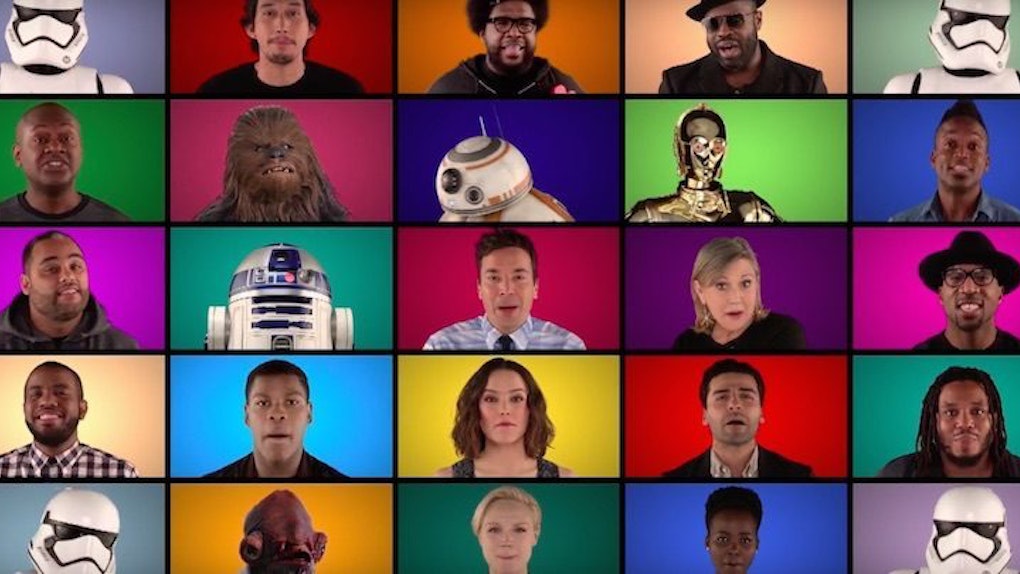 Jimmy Fallon has officially lived the dream of any child who hoped to one day stage an a cappella medley of songs from John Williams' “Star Wars” score featuring the cast.