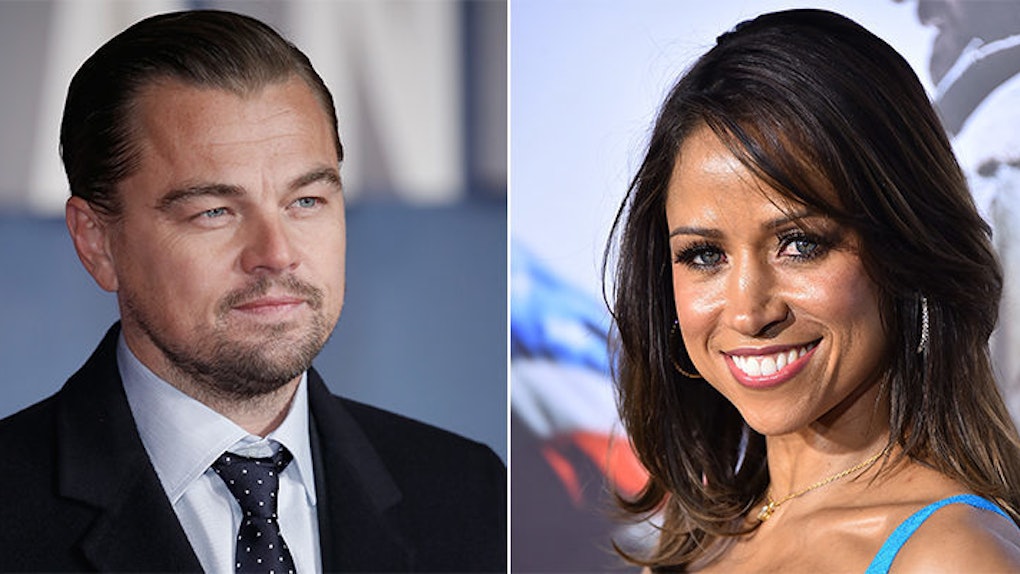 You do NOT get to talk to Leo like that, Stacey Dash!

What's great about Leonardo DiCaprio is as much as he's a FOYN FOYN FOYN actor, he's also pretty big into saving the environment.

In fact, he loves this planet sooo much, during his Oscars acceptance speech, he gave a shoutout to world leaders, asking them to maybe not transform the world into a garbage dump.

Climate change is real, it is happening right now. It is the most urgent threat facing our entire species, and we need to work collectively together and stop procrastinating. We need to support leaders around the world who do not speak for the big polluters, but who speak for all of humanity, for the indigenous people of the world, for the billions and billions of underprivileged people out there who would be most affected by this. For our children's children, and for those people out there whose voices have been drowned out by the politics of greed.

But does random Hollywood pariah and former “Clueless” cast member Stacey Dash think global warming is a problem? AS IF!

On Wednesday, Dash tweeted the link to an article she wrote on Patheos.com, in which she called out DiCaprio for *gasp* trying to save the environment, referring to him as “Chicken Little.”

In the article, she elaborated,

He reminds me of Chicken Little, the bird who ran around the neighborhood and disturbed everyone 'with her foolish alarm.'

She went on to bring up a freak weather occurrence called the Maunder Minimum that took place between 1645 and 1715 and reportedly caused hurricane frequency to drop by 75 percent.

Think about that: The Maunder Minimum took place in the 17th century. There were no fossil fuels, no emissions, no cars — yet, climate change occurred. Not to mention the Ice Age. No matter when you believe that event to have happened, it's obvious people and technology had no part in its occurrence. Also, his claims about how his production company couldn't find snow is ludicrous.

She ended the article by doing what every crazy pundit loves to do in order to end an article: bring up Nazis and quote Newsmax Media. She concluded,

There are people 10 miles from Leo starving, stuck on entitlement. [Twenty-first] century NAZIS to deal with and North Koreans playing with nukes. He needs to get his priorities straight.