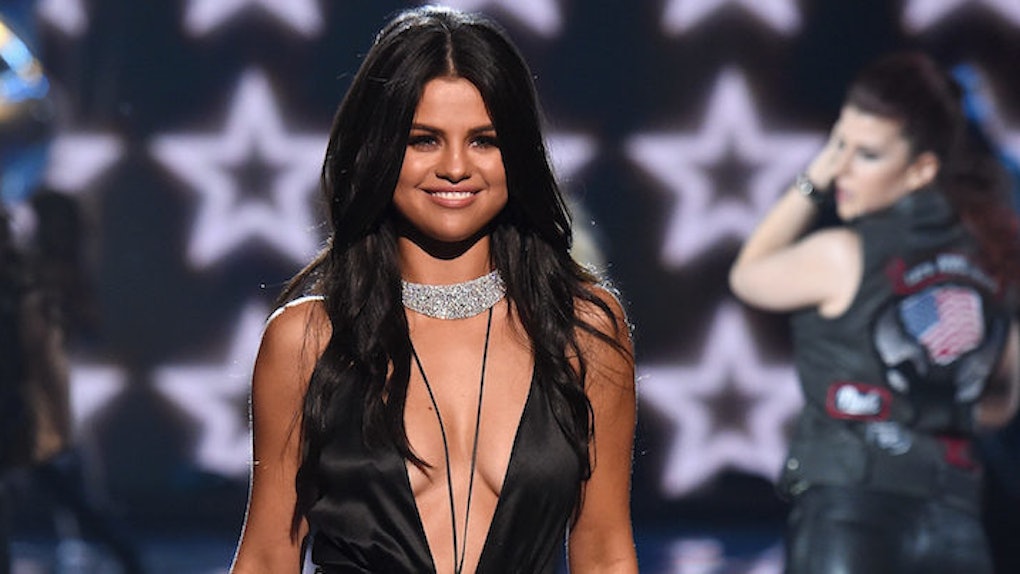 Here's The Selena Gomez Guide To Being The Ultimate Single Girl

OK, so Valentine's Day is coming up, and you're single. Yeah, it sucks.

But, you know who else is single? SELENA GOMEZ. And you know who isn't sitting around feeling sorry for herself this Valentine's Day? Selena Gomez.

That's because Selena's too busy living her awesome life to worry about depending on some dumb boy right now. She is crushing it professionally and personally. She's touring, shooting films and seemingly loving life with her friends and family. If she can crush it on her own, so can you.

Selena shows us just how awesome being single really is, and we should all embrace her attitude.

Boyfriend? Selena doesn't have time for that nonsense when she's churning out club hits.

when they play your song at the club

She's focusing on the important people in her life, like her family.

And she definitely doesn't need boys when she has this killer girl squad around her. https://instagram.com/p/BAk2-tLOjCf/embed/

Best friends are so much better than boyfriends, anyway.

(Especially when your best friend is T Swift.)

Maybe you'll never act in an Oscar-nominated film with Brad Pitt, but you can still strive to be this boss and independent.

Selena's out there having fun without tying herself down to anyone.

Happy Valentine's Day to Selena and all you other boss single ladies out there.