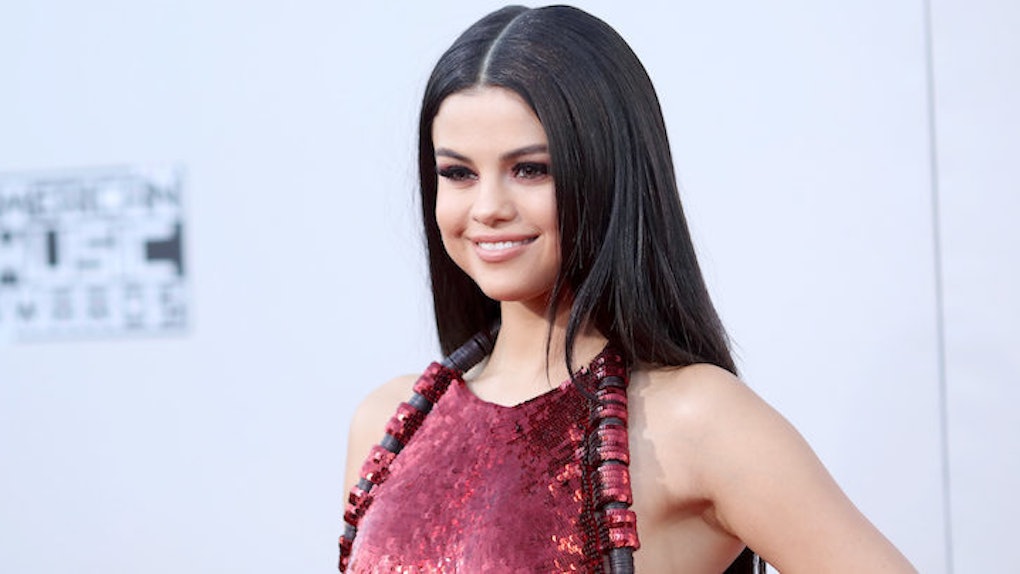 Here is a bit of advice: STOP TALKING ABOUT JUSTIN BIEBER.

You can't keep on playing this “nobody will JUST listen to my music and stop commenting on the fact I used to date Justin Bieber” card if you literally bring it up WHENEVER you have a chance. Either separate yourself from him and ingrain the words “no comment” into your vocabulary, or just stop claiming you don't want to speak about him.

Take a big ol' Bieber dump or get off the Purpose pot, ya feel, Selena?

I only bring this up because W magazine did a profile on Gomez, which went online today, and the narrative goes pretty much the same way all profiles on Selena tend to go nowadays.

She's hot, she has a new album, she's beloved by millions, she's grown as an artist from her Disney days and SHE'S OVER JUSTIN BIEBER, OK GUYS?!

I'm not saying it was easy to go from being a cutesy teeney bopper to a full-on sex symbol, Selena.

In the profile with interviewer David Amsden, you rightfully pointed out,

Once Disney was over, I was like: Oh, sh*t. I didn't know what I wanted to be. I had to learn to be myself.

But, you can't have your narrative include quotes like this one, Selena. You said,

At first I didn't care. To me it was: I'm 18, I have a boyfriend, we look cute together, we like that. Then I got my heart broken and I cared. Because people had no idea what was going on, but everywhere it was a million different things. I was kind of in a corner, banging my head against the wall. I didn't know where to go.

You can't say that and expect people to think of you as anything BUT Bieber's ex.

If you say stuff like that and keep bringing him up, you can't really turn around and get annoyed when people ask you about him directly.

When asked about Purpose, with its major theme of forgiveness, being released a month after her album, Selena said,

I'm so exhausted. I honestly am so done. I care about his health and well-being. But I can't do it anymore.