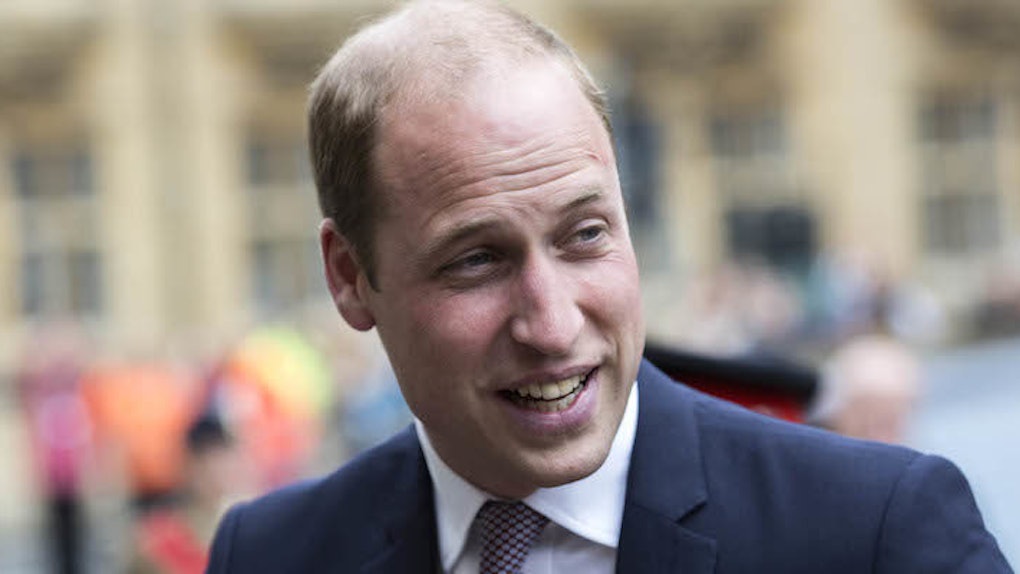 Shortly before the mass shooting at Orlando's Pulse nightclub rocked the LGBT community and the nation as a whole, Prince William posed for the cover of Attitude magazine.

Though this is the first time a member of the royal family has ever posed for the cover of a gay publication, social acceptance for everyone has long been a priority for the Duke of Cambridge.

He has established a task force on the prevention of cyberbullying and along with The Duchess of Cambridge and Prince Harry is leading the Heads Together campaign on mental health and well-being.

The day of his shoot, William met with nine members of the LGBT community to discuss how being bullied over sexual orientation or gender identity affected their lives, E! News reports.

No one should be bullied for their sexuality or any other reason and no one should have to put up with the kind of hate that these young people have endured in their lives.

William nudged anyone struggling with harassment for his or her sexuality to open up and “speak to a trusted adult, a friend, a teacher, Childline, Diana Award or some other service and get the help you need.”

You should be proud of the person you are and you have nothing to be ashamed of.

When leaders like William make the protection of LGBT youth a priority, tragedies like the one in Orlando become far more avoidable.

During my time as editor of Attitude I have met parents whose child has taken or lost their life after being bullied for being LGBT+ or even just perceived to be LGBT... I am very happy that the future King of The United Kingdom agrees this must stop and I would urge parents in particular to raise their voices in their communities to ensure that every school protects -- really protects -- all children.

The issue, including the full story of William and wife Kate Middleton's dedication to mental health and well-being through their Heads Together campaign, hits stands June 22.