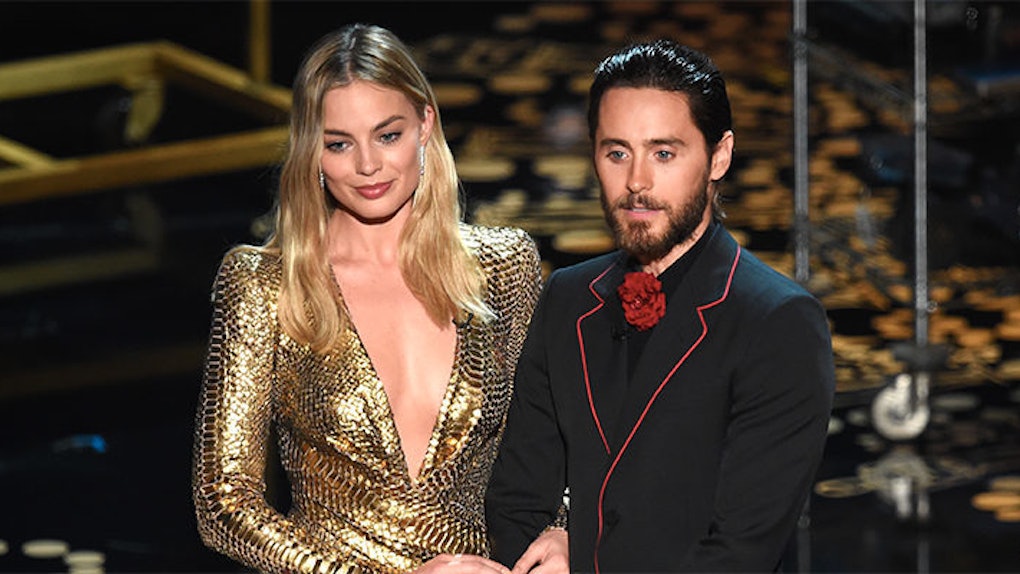 5 Hot Oscars Presenters We Wish Were Couples In Real Life

Every year, the Oscars gives us a glimpse inside the detailed and intricate world of cinematography, allowing us viewers to imagine what it is like to be a part of such creative brilliance.

This year, the Oscars is ALSO giving us celebrity presenters we can totally imagine getting nasty together in well-lit, HD brilliance.

It's truly a wonderful evening.

These beautiful people may not actually be dating IRL, but I think it's safe to say the Oscars is sending some middle school-level "you guys would be sooooooooo cute together" vibes tonight.

These are the five hottest celebrity pairs we all wish really existed.

I mean, she already looks like an Oscar... it's got "role play" written all over it.

And the Oscar goes to the people of Gotham. #Oscars pic.twitter.com/UiCrhNhIL8 — Frank Pallotta (@frankpallotta) February 29, 2016

Imagine the LOLs in that bedroom.

Rachel McAdams and Michael B. Jordan

Put the "Spotlight" on them ASAP.