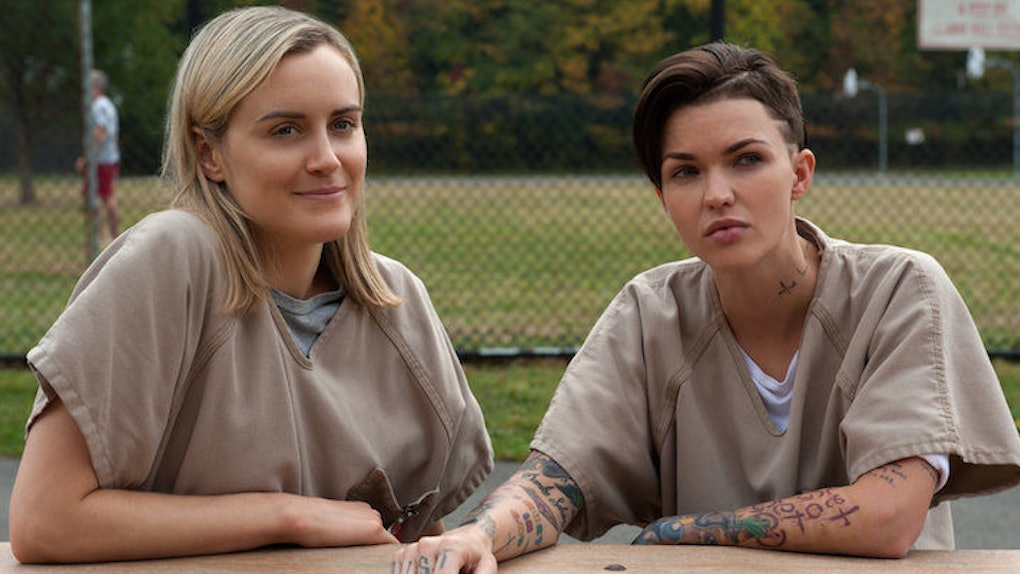 We're going back to Litchfield!

The trailer for “Orange Is the New Black” season four just dropped, and holy eff does it look amazing.

Right off the bat, I can tell you the tone for this season is significantly different -- way darker than previous years.

There are some funny moments in the trailer (you KNOW Taystee as Caputo's secretary is going to be brilliant), but the majority of it seems to hint at a more tonally aggressive season, as ensemble dramedies like “Orange Is the New Black” tend to do at this point in their runs.

Shows with darker subject matter, like dealing with convicts in a women's prison, for instance, need to deal with their built-in, emotionally-charged character plot lines in order to grow. And yes, as much as "OINTB" has done that in the past, it only really dealt with less comical storylines on a surface basis and very rarely not through flashbacks.

From the looks of things, it seems like this could be the season for Netflix's premier original series where everything is ramped up a few notches.

WHERE THE BALLS IS MATT MCGORRY?!?!

Citations: Orange Is the New Black Season 4 Trailer Is Full of Secrets Jokes and Is Unexpectedly Quite Dark (E!)