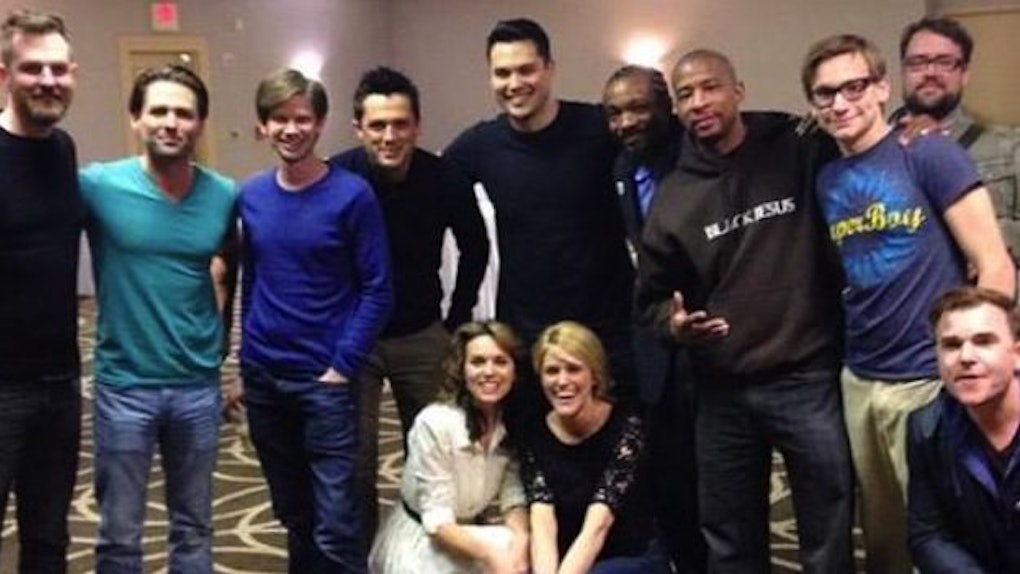 It's the reunion everyone has been waiting for. No, it's not the remaining members of The Beatles coming together.

No, it's not Led Zeppelin reuniting. It's a "One Tree Hill" reunion!

The whole gang got together for the EyeCon "One Tree Hill" convention in Wilmington, North Carolina.

The show finished its run three years ago, but the cast members still seem as close as ever.

Unfortunately, Sophia Bush was unable to attend the festivities, but notables such as Chad Michael Murray, Barry Corbin, Antwon Tanner and Bevin Prince were all there.

Check out the photos and videos below to see what you missed out on.

The gang's all here.

Look how happy they all are to be together.

“@OTHdiary: Welcome back to Tree Hill! #OneTreeHill pic.twitter.com/OVhJclynZo” THE OTH CONVENTION IS THIS WEEKEND AND IM NOT THERE — Sarah (@sarah_woomer) March 29, 2015

They even broke out the dance moves.

It was a time for kisses and love.

Friendship was on full display at the convention.

Of course, the cast members took some selfies.

Tyler Hilton even played a song.

And the whole team shared the stage.

They're all one big, happy family.

My, what a reunion it was.

Citations: The One Tree Hill Cast Reunited For A Downright Brilliant Convention (Buzzfeed)