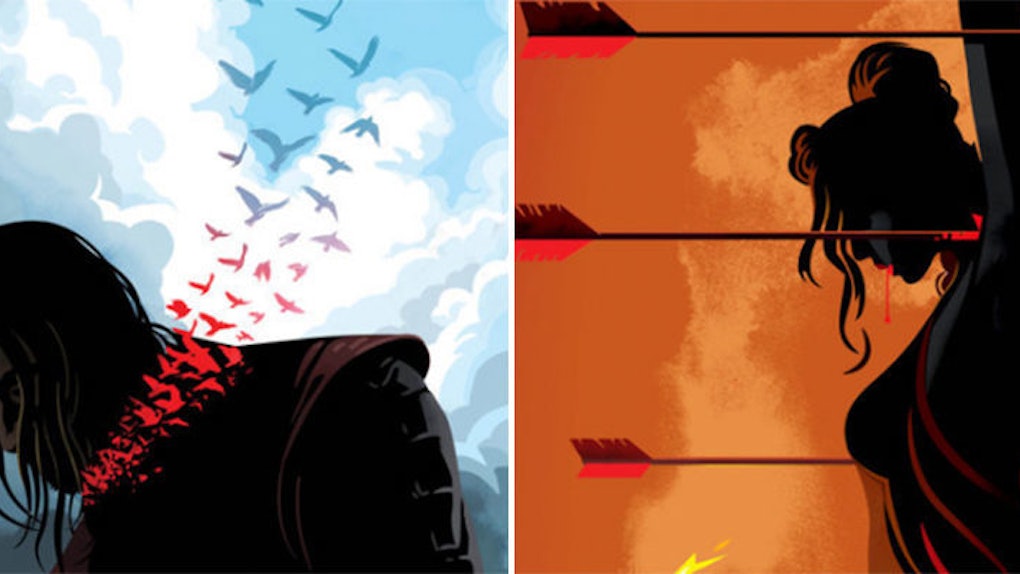 Relive All 59 'Game Of Thrones' Episodes Through HBO's Badass Posters

In case you were not aware, HBO produces a full-size poster for every episode, and the posters are seriously awesome. Created by the talented Robert Ball for HBO, not only are the posters super cool, beautiful, graphic and/or violent, they also showcase one of the main plot elements of each episode and feature a quote from the episode.

So looking at the posters is like a crash course in the plot of "Game of Thrones."

Given that, take a journey into "Game of Thrones" seasons past and check out all 59 of HBO's official "GoT" posters below.

Each poster is listed with the the title of the episode it reflects. I can't even imagine what HBO's 60th poster will be after tonight's season finale titled "The Winds of Winter."

"The Wolf and the Lion"

"You Win or You Die"

"What Is Dead May Never Die"

"The Ghost of Harrenhal"

"The Old Gods and the New"

"A Man Without Honor"

"The Prince of Winterfell"

"And Now His Watch Is Ended"

"The Bear and the Maiden Fair"

"The Rains of Castamere"

"The Lion and the Rose"

"First of His Name"

"The Laws of Gods and Men"

"The Mountain and the Viper"

"The Watchers on the Wall"

"The Wars to Come"

"The House of Black and White"

"Sons of the Harpy"

"The Dance of Dragons"

"Book of the Stranger"

"Blood of My Blood"

"Battle of the Bastards"

So, which poster is your favorite? Let us know in the comments and to see more amazing art like these posters, head over to Robert Ball's site to check out more of his work.