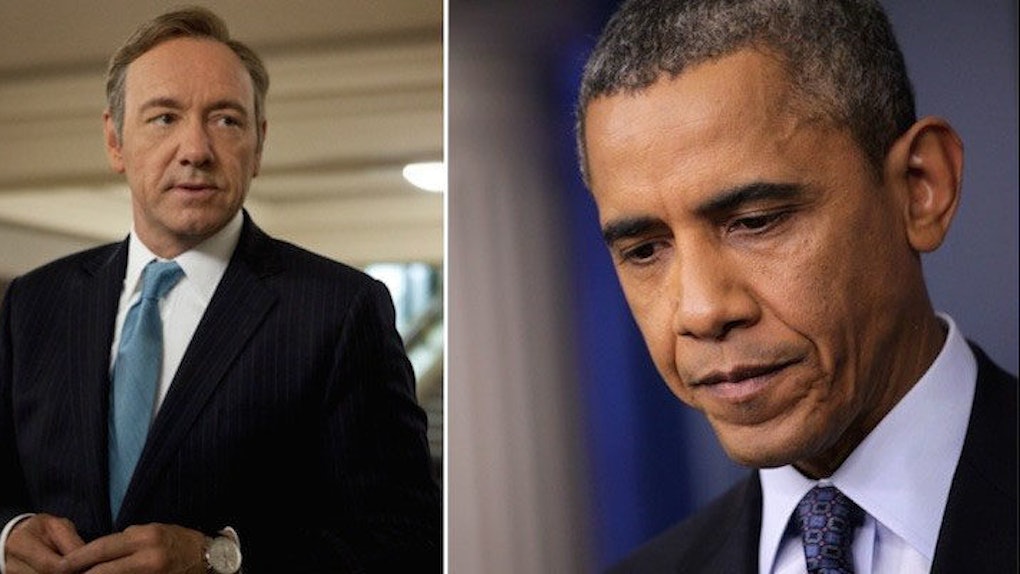 Barack Obama is not exactly a popular president these days. He currently has a 46 percent approval rating.

According to a Reuters-Ipsos poll, 57 percent of "House of Cards" viewers approve of Frank Underwood.

The revolting President, played by Kevin Spacey, is (spoiler alert) a power-hungry murderer, and yet, his rating is 11 points higher than Obama's.

Of course, it's a lot easier to get approval when you're a fictional character played by a charismatic actor, but it still doesn't bode well for Obama.

Obama also trailed other TV presidents such as David Palmer from "24" (89 percent), Jed Bartlet from "The West Wing" (82 percent) and Fitzgerald Grant from "Scandal" (60 percent).