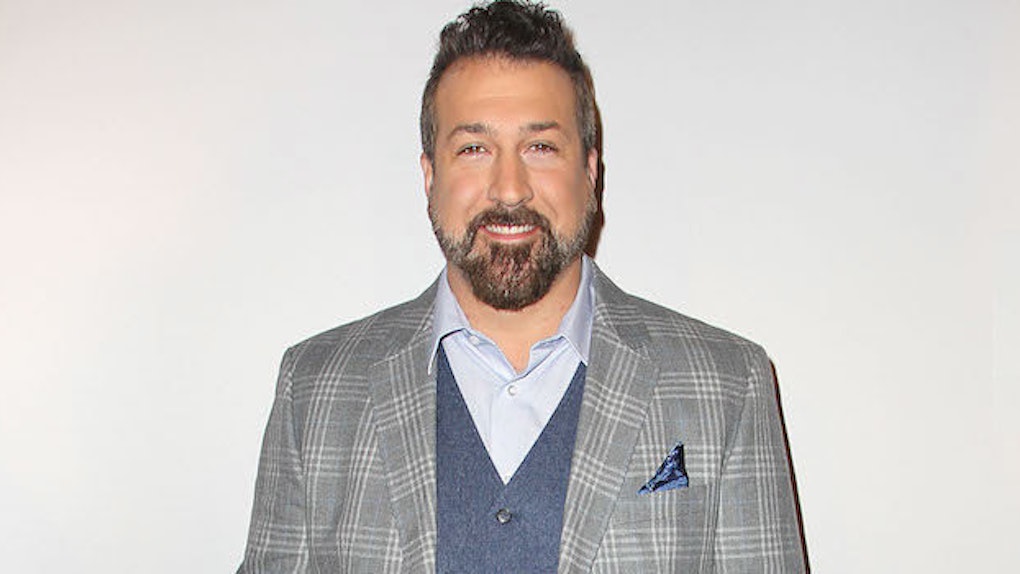 I know we still have like six months left in 2016, but this (I PROMISE YOU) is the best tweet you will read all year.

YUP! *NSYNC's lovable, relatable goofball is opening up a hot dog and Italian ice shop at a mall in Florida this August. Fat One's is a real Joey-Fatone-pun-based restaurant you can really go to and really eat at.

Why? Because there is a God, and he is a just God.

This is the most oddly satisfying combination of things of all time. It's like when that chocolate truck hit that peanut butter truck and created Reese's (RIP, those two truck drivers... your children and wives miss you).

You're lying to yourself if you think opening up a hot dog stand in a mall in Florida wasn't the inevitable conclusion for Joey's career arch.

Plus, if I had told you back in 2000 that one band member from *NSYNC would eventually wind up in the frankfurter business, which one would you have chosen?

JC? Pffftttt, that guy looks like the epitome of someone who brings his own veggie burgers to a church barbecue. Plus... Justin is busy.

Joey dished on his shop to Delish.com, saying,

Being from Brooklyn, hot dogs were a staple during my childhood, and we always ate Italian ices to cool off on hot summer nights. Looking forward to bringing a piece of my childhood to Orlando.

Lance Bass was quick to congratulate his fellow *NSYNC alum on his new career choice.

Every other band member has stayed silent on Joey's new hot dog stand, which really speaks volumes to how they all probably hate each other now and the general lack of camaraderie that plagues the group.

This kind of silence wouldn't happen with Backstreet Boys. This shit WOULD NOT fly with the BS-Boys. I can tell you with complete certainty if Brian Littrell opened up a gumbo cart at a mall in Fresno TOMORROW, AJ and Howie would be there OPENING DAY to buy the first few bowls.

Don't worry, though, Joey has found solidarity with other people who share a first name with him.

Shine on, you beautiful spicy dove.

Citations: Can You Guess What NSYNC' Joey Fatone Is Calling His New Hot Dog Shop? (Cosmopolitan)