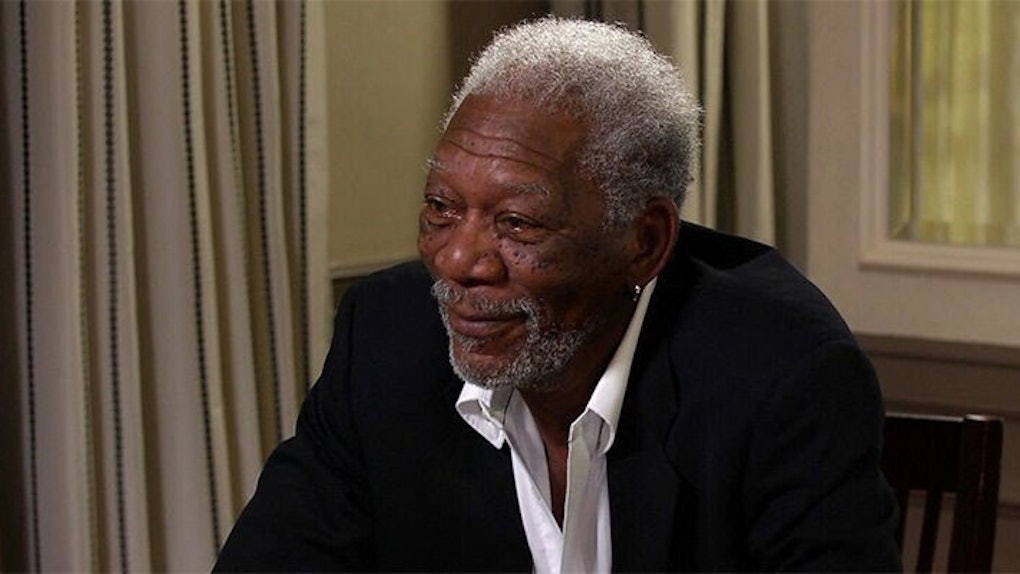 If you've ever felt even the slightest bit of guilt about smoking weed, then let this conversation between Morgan Freeman and Larry King completely sooth you.

While appearing Larry King Now, Freeman spoke about his approval of marijuana but shot down any inclination that he's some sort of cannabis connoisseur.

No, he just blazes what's handed to him and doesn't worry about the strains. In the wise words of Morgan Freeman, this is his approach:

If you have some good smoke -- try this. Yeah!

He also went on to talk about his firm belief that marijuana will one day be legal everywhere, considering it's nowhere near as dangerous as alcohol, but that's pretty much sh*t we already knew.

However, hearing the wise voice of a movie God himself only reaffirms that weed isn't wrong, and we, too, can be as righteous when it comes to doing that.

Man, I would love to smoke with Morgan Freeman.