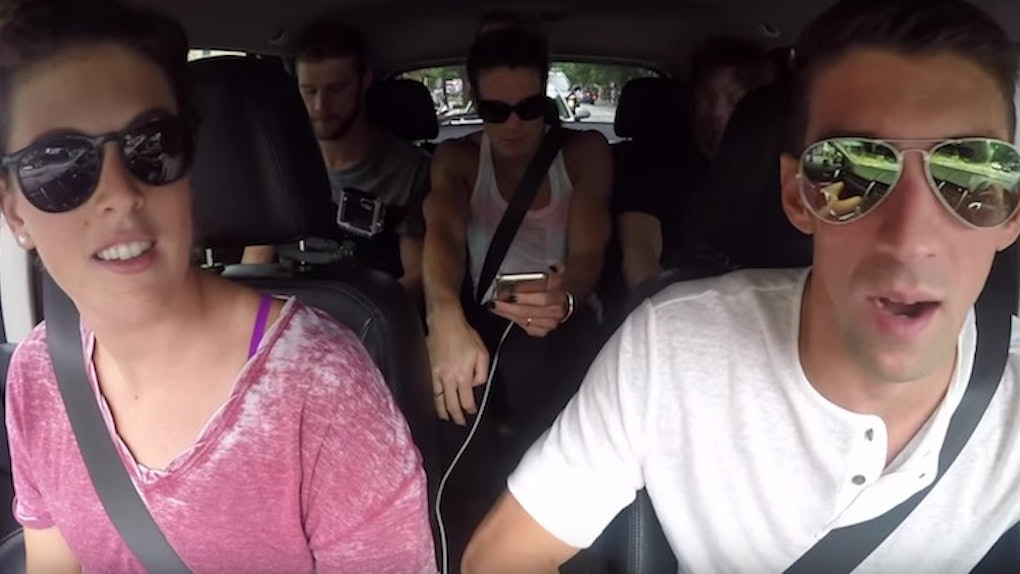 If you remember the USA Olympic Swimming Team's hilarious rendition of "Call Me Maybe" while aboard an airplane back in 2012, you'll love the 2016 version.

The video starts off with Dressel and Beisel asking everyone to buckle up (remember, safety first).

They immediately begin dancing and singing along to Taylor Swift's "Shake It Off."

Shortly after that, superstar swimmer Michael Phelps, in another car, asks if anyone's going to play some music during the drive...

Because what's a car ride with your teammates if no one's manning the aux cord?!

Next up -- a car full of female Olympians who plead NOT to choose "Call Me Maybe" as their karaoke song. I concur.

Instead, they opt for Fifth Harmony's "BO$$."

The best (and most relevant) part of the video comes at the 5-minute mark...

Nathan Adrian bursts out in song-and-dance as he performs the best Pokémon theme song karaoke anyone's ever heard.

I mean, I've seriously never heard anything like it. Kudos, Nathan!

You can tell our heroic Olympians have been playing Pokémon Go for countless hours while simultaneously training for Rio.

Side note: Ryan Lochte might not be the best at interviews, but he sure did show off some smooth dance moves and singing skills.

Check out the epic video above for a closer look.