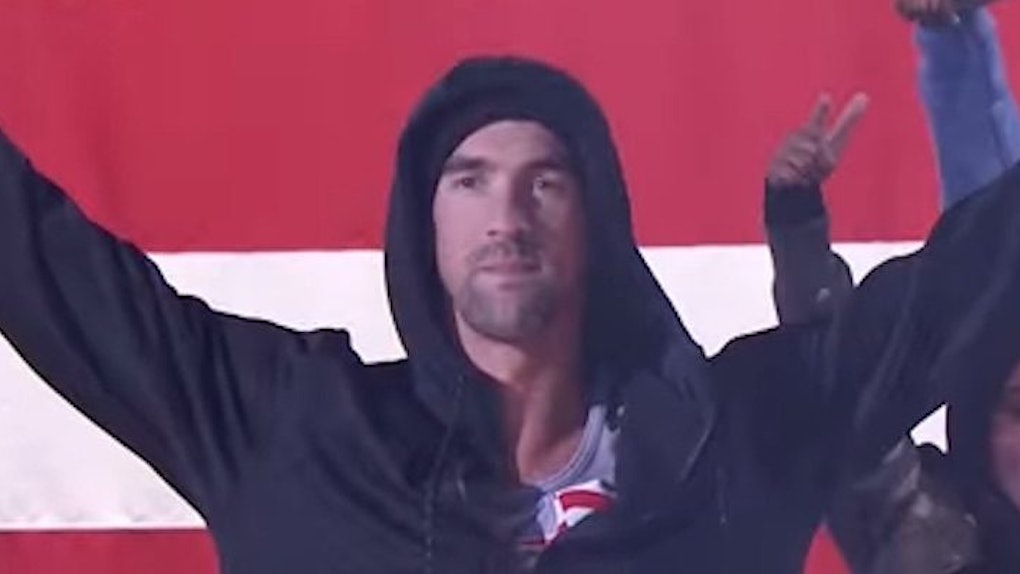 Just when we thought Michael Phelps couldn't get any cooler, he proved us all wrong and performed an Eminem song on live TV on Sunday night.

Is there anything you can't do, Michael?!

During the show, Phelps lip synced to Eminem's "Lose Yourself," complete with a hoodie and backup dancers, recreating the grungy "8 Mile" scene we all know and love.

Needless to say, he nailed the performance, and Phelps-faced HARD.

Regardless of his stiff competition, which also included John Legend, Terry Crews and Olivia Munn, the 31-year-old swimming champ took home the medal once again.

Are we surprised? Nope.

According to ET Online, Phelps already has a place picked out for his new, non-Olympic lip sync award. He said,

This is awesome. I know just where to put this.

Hopefully he'll be hanging the new medal next to the rest of his golds. At least he knows he's got rapping to fall back on in the future if he gets bored of swimming.