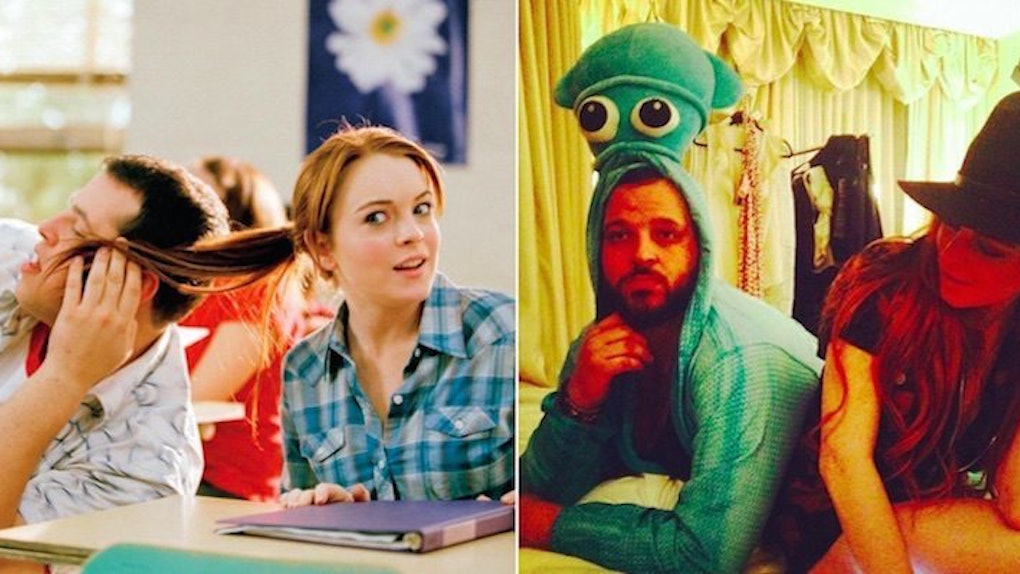 This Saturday was a national holiday for "Mean Girls" fans everywhere.

It was October 3, the day Aaron Samuels asked Cady Heron what day it was in math class.

It was a big moment in the movie, and the line stuck with fans ever since the first second they heard it.

Well, this October 3 marked the 11th "Mean Girls" day since the movie hit theaters in April 2004. In honor of the momentous occasion, there were several reunion photos of the cast floating around Instagram.

Check out the most fetch ones below and try to not be too overwhelmed with emotion.

Here are Damian and Cady getting cozy and looking fabulous as always.

But Damian, what are you wearing? Do you even go here?

Kevin Gnapoor and Damian got to hang out too, which was super grool.

And then, of course, Cady joined them.

Gretchen Wieners and Damian took this adorable photo despite being in different cliques in high school.

Damian is just so popular now; he can't help it.

There's this lovely side-by-side shot to give you all the feels.

They may let you sit with them, but no promises.

Here are Damian and Janis Ian posing with Mrs. George because, duh, she's a cool mom.

Shout out to the cast for this beautiful trip down memory lane. We'll see you all this Wednesday at the lunch table. Don't forget to wear pink, or else.

Citations: These 'Mean Girls' Reunion Pics Are So Fetch, We Rated Them On A Fetch Scale (MTV)