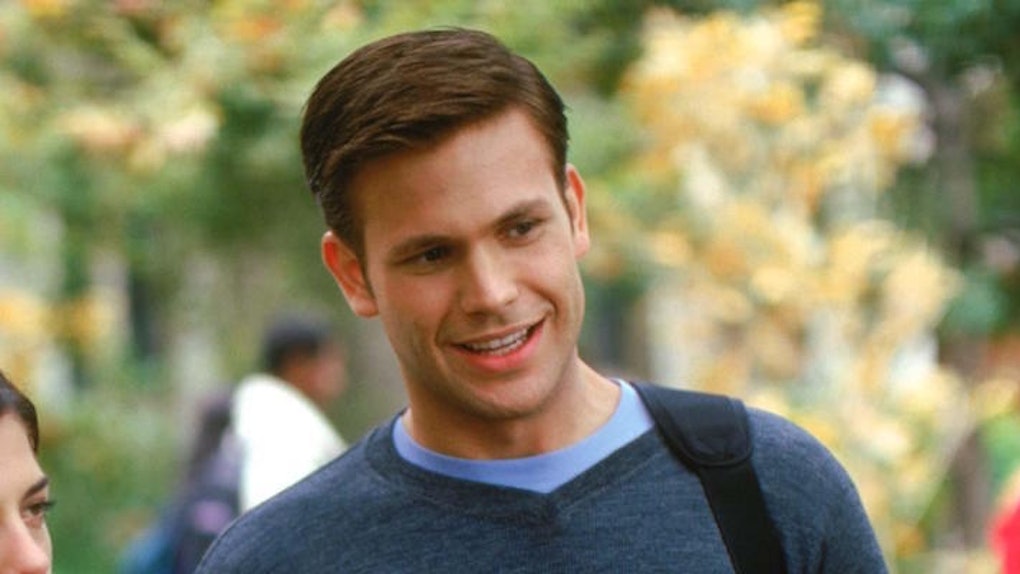 If you did your patriotic duty to this country, you saw "Legally Blonde" at least 10 times.

And if, like me, you were 13 when you first saw it, you dreamed of your wedding with the sweet-talkin' southern boy who would always treat you right, Emmett, aka Luke Wilson.

By contrast, Elle's assh*le ex who didn't think she was smart enough to get into Harvard Law School was rude and, therefore, seemed unattractive. You totally cheered when Elle put that jerk in his place.

But, now we're all older and care less about personality and more about looks, so I have something to tell you guys: Warner was actually really f*cking hot, and he still is, for that matter.

Really! Go rewatch the movie, and ignore all the terrible things he says. You'll see what I mean.

Now, Warner -- aka Matthew Davis -- slays demons and sh*t on "The Vampire Diaries." Or maybe he is a vampire? I'll be honest, I really don't know, but what I'm trying to say is it doesn't matter because LOOK AT THIS HUMAN MALE SPECIMEN.

Apparently, Warner actually looked like this the whole time?

Look at that jawline, that smirk, that perfectly swooped hair.

I am telling you guys, we all just missed this somehow. Even as Warner, Davis was totally smokin'.

Disregard the condescension, and focus on DAT SMOLDER.

Here he is being hot with a puppy.

Here he is being hot in a forest.

Now, look at him being hot in black and white.

I guess what I'm really trying to say is this guy is hot.

I'm sorry for all the years I spent overlooking your hotness, Warner. If only you weren't so rude to Elle.