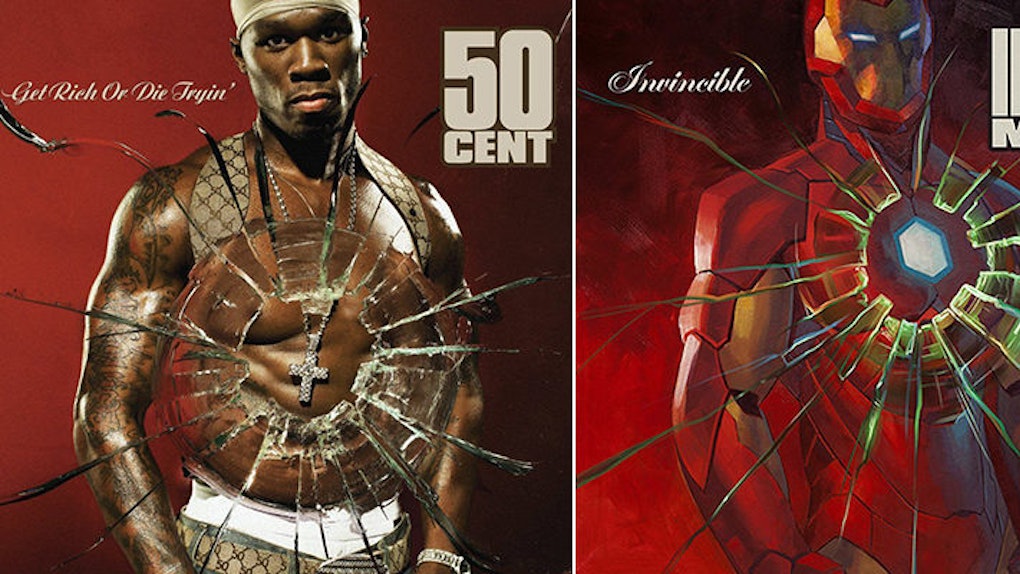 Comic books and hip-hop go together more than you'd think.

In fact, Marvel is rolling out a series of 50 alternative album covers featuring superheroes as rappers in October, and they're lit.

Someone already leaked 11 of them because, well, Marvel is having a hard time keeping this a secret. But just by looking at the preview, you can already anticipate how fire the next 39 are going to be.

Check out some of the new looks for classic and contemporary hip-hop album covers below.

The Notorious BIG -- Ready to Die

Ol' Dirty Bastard -- Return to the 36 Chambers: The Dirty Version