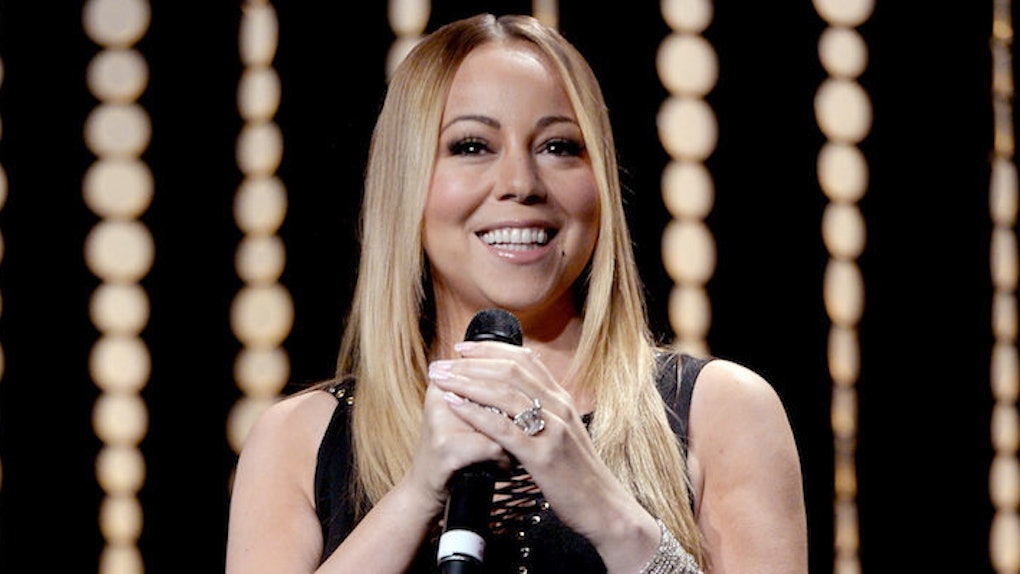 Keep Up, Kardashians: Mariah Carey's First Show Is Set To Air On E!

Mariah Carey is a timeless celebrity.

From her first, self-titled album in June 1990, to her foray into film in September 2001 with "Glitter," the "Always Be My Baby" singer has stolen our hearts time and time again.

Now, the multi-talented 45-year-old is finally bringing her personal life to the forefront for her lifelong, loyal fans to take it all in.

According to E! News, the network is set to feature an eight-part docu-series titled, "Mariah's World," which will give viewers exclusive, behind-the-scenes access to her Sweet Sweet Fantasy tour in the UK, Europe and Africa, as well as her lavish lifestyle off-stage.

In a press release, Mariah said,

I'm excited to bring my fans into my life for the next journey I'm about to embark on. I'm already having so much fun with this documentary and I know you will too. There is nothing like capturing these moments.

The Bunim/Murray-produced short series will also follow the singer as she plans her upcoming wedding to Australian business mogul James Packer.

Mariah and Nick Cannon divorced in 2014, and she began dating Packer shortly after.

The ex-couple remains amicable, however, as they continue to co-parent their twins, Monroe and Moroccan, whom we can get excited about getting to know over the short course of the docu-series.

Mariah is one of the most captivating pop superstars of our time and one of the rare artists whose first name alone is instantly recognized around the globe. We're excited to partner with Bunim/Murray Productions, Mariah and Stella Bulochnikov to offer our viewers exclusive access into her private world. ... The series will present a unique, vulnerable and surprisingly humorous side to Mariah that her fans have never before seen while showcasing her unparalleled celebrity lifestyle filled with true glamour, maximum luxury and ultimate stardom.

The only question is, will eight hours of Mariah be enough?

We can only hope to see Mimi appearing on E! as frequently as the Kardashians. "One sweet day..."