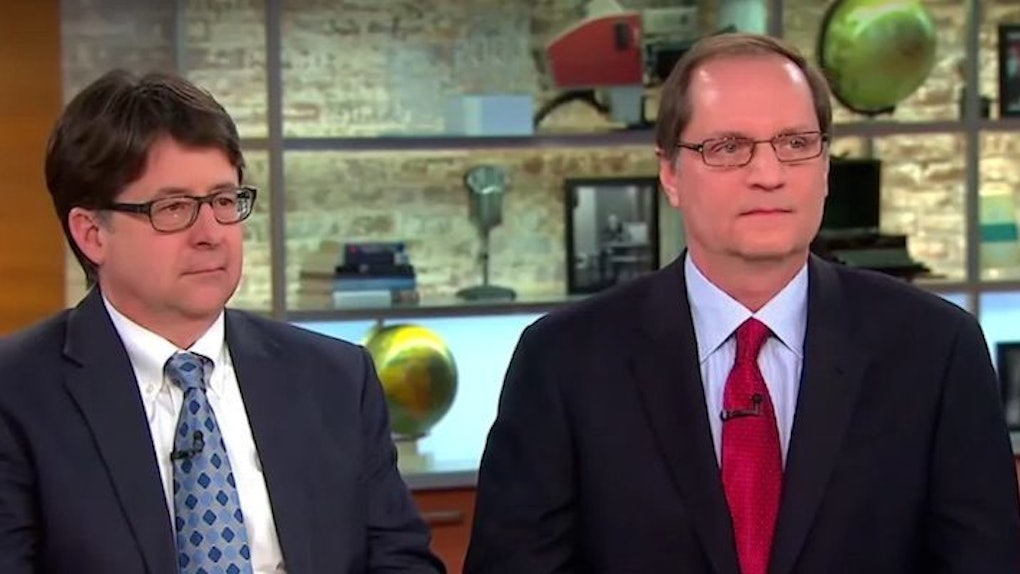 You'll Soon Be Able To Meet The 'Making A Murderer' Lawyers

The sexiest tour of the summer is coming, y'all, so get your lighters and your screaming voices ready.

Dean Strang and Jerry Buting, Steven Avery's lawyers whose stars rose overnight upon the release of Netflix's “Making a Murderer,” are hitting the road for a four-month, North American tour.

Beginning April 16 and wrapping August 21, the 26-date tour will reportedly include the duo discussing “the Steven Avery case and… the American criminal justice system,” according to a news release.

The luscious litigators (there's more hot alliteration where that came from, trust me) will also host a Q&A at each stop on the tour and address “the imperfections in our judicial system and suggest improvements.”

Yasss, Dean and Jer, yasss. Fix this country. Right all the wrongs. Put your mouths on this nation's mouth.

Tickets go on sale March 4. Be there, or be sexually unsatisfied.

Citations: The Making a Murderer Lawyers Are Going on Tour (ELLE)