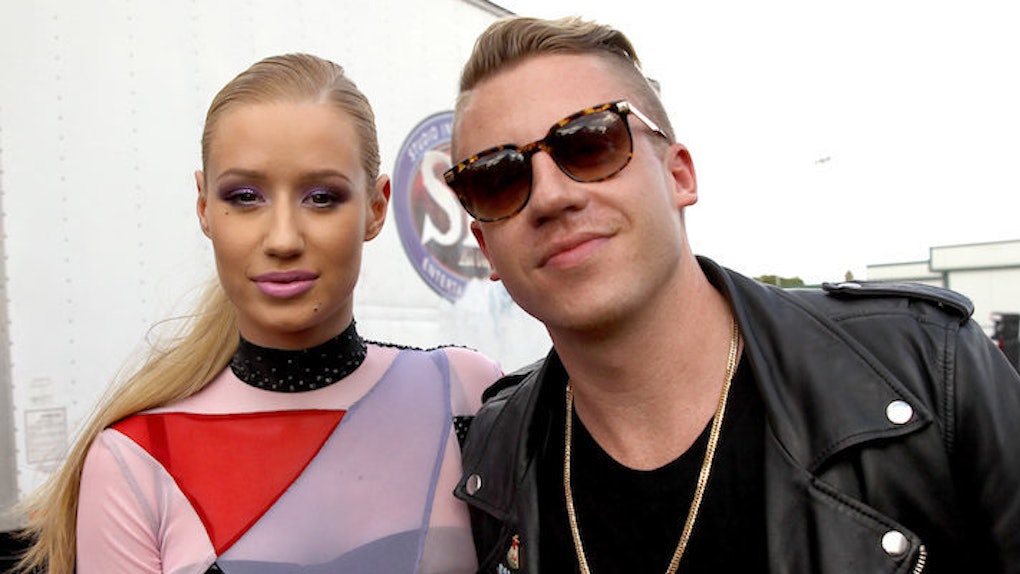 I'll say this for Macklemore: The dude is really trying to understand the whole "white privilege" thing.

In a nearly nine-minute song he just released with Ryan Lewis, Macklemore raps about white privilege, Black Lives Matter and a career built on racism.

The song, "White Privilege II," comes from the duo's upcoming album, This Unruly Mess I've Made. It features Jamila Woods and is a sequel to Macklemore's 2005 song "White Privilege."

In the song, Macklemore calls out Miley Cyrus and Iggy Azalea for exploiting black culture in their music (and also Elvis Presley, though Elvis probably doesn't care as much).

You've exploited and stolen the music, the moment. The magic, the passion, the fashion you toyed with. The culture was never yours to make better. You're Miley, you're Elvis, you're Iggy Azalea.

He goes further in on Iggy, calling her music "fascist and backwards" and "fake and so plastic."

She tweeted saying she felt this was inconsistent with his previous behavior toward her...

That passive-aggressive smiley says so much.

On the one hand, I agree with Macklemore; Iggy exploits a culture she is not a part of. But on the other hand, is that not what Macklemore is doing with this song? Iggy has a good point, too. Where were Macklemore's feelings before?

Macklemore certainly touches on his own white privilege in the song as well. He raps about marching with Black Lives Matter and feeling out of place. He raps about gaining success through systematic racism.

Macklemore is using his status to start a discussion about white privilege in the music industry.

But don't worry. I'm very certain there will be many think pieces exploring all the nuances better than I can.

Listen for yourself below.