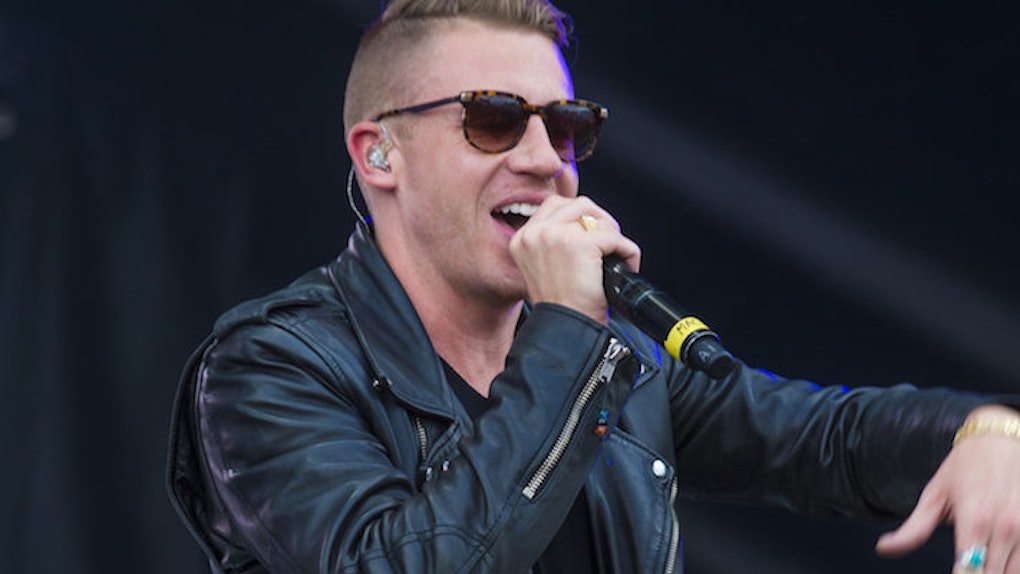 It's no secret Macklemore loves love, but we may now have a clue as to why.

During a trip to Washington DC to discuss the stigma of addiction with President Barack Obama, Macklemore was cajoled into crashing a wedding by his own mother.

In a series of Snapchats, the “White Privilege II” rapper shared his experience as the Owen Wilson to Momma Mac's Vince Vaughn.

The family hosting the nuptials was more than happy to make room for two more guests.

Partygoers went wild when the DJ threw on “Thrift Shop.”

Mac happily posed for photos and Snapchats and Instas and clay sculptures, probably, because he is nothing if not a gracious guest.

The 32-year-old essentially did everything short of officiate the union.

Every now and then, it pays to do as your mother tells you.